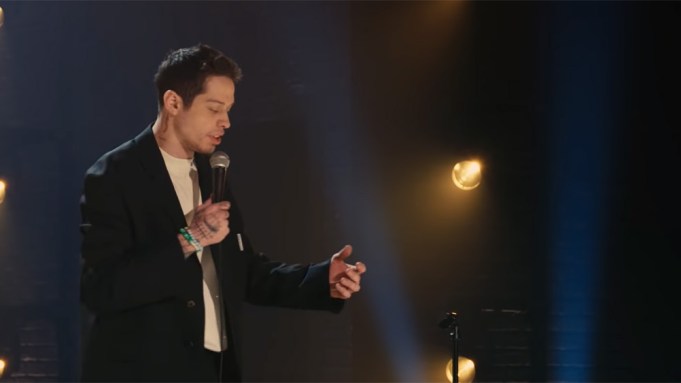 Netflix released a trailer for the special (see above) in which Davidson, known for his unfiltered anecdotes, shares his thoughts on being friends with gay men.

“I don’t think there’s a more honest relationship between a gay dude and a straight dude because there’s just nothing to gain,” he says in the special filmed at the Gramercy Theatre in New York.

However, “there’s always one gay friend that I don’t think is f***ing gay at all,” he says, reflecting on his own friendships with gay men. “It’s that gay dude that will, like, run up on your girlfriend and squeeze her boobs and slap her ass and be like, ‘Damn girl, you look great!’ I don’t find that f***ing funny, like at all,” he continued.

Davidson received some flack late last year after he required fans who had bought tickets to his November comedy show at the Sydney Goldstein Theater in San Francisco to sign a non-disclosure agreement with a $1 million fine.

Davidson has been a featured cast member on Saturday Night Live since 2014. He most recently appeared Saturday in a skit as his ongoing character Chad in a drag queen sketch with host RuPaul.