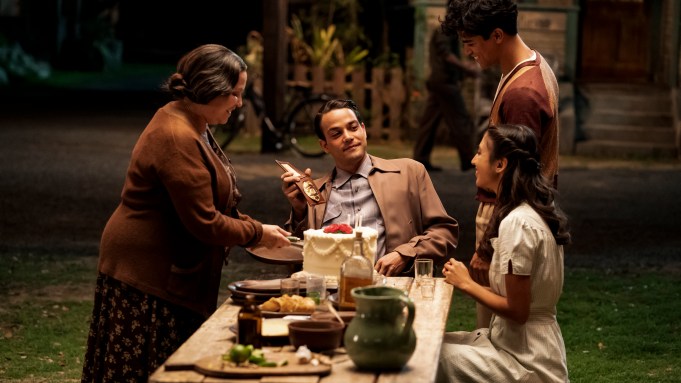 Billed as a “spiritual descendant of the original Penny Dreadful story,” the new series, kicking off next month and mixing historical reality with the supernatural, opens in 1938 Los Angeles with a grisly murder shocking the city (we see the mutilated, Joker-looking corpse in the trailer). Detective Tiago Vega (Daniel Zovatto) and his partner Lewis Michener (Nathan Lane) investigate the crime, getting drawn into a tale that encompasses the building of L.A.’s first freeways, the city’s traditions of Mexican-American folklore, Nazi espionage, and the rise of radio evangelism. Before long, Vega and his family “are grappling with powerful forces that threaten to tear them apart.”