Sienna Miller & Sam Worthington Saddle Up As Leads For Kevin Costner's 'Horizon'
Read the full story
May 15, 2018 11:33am 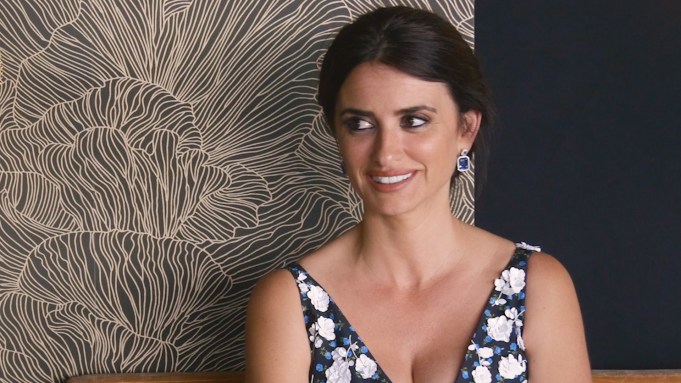 While I have been in Cannes for the past several days, I stopped by the rooftop of the J.W. Marriott right along the Croisette and taped a new episode of my Deadline video series The Actor’s Side with Oscar winner Penélope Cruz. She made a big splash here with the opening-night film Everybody Knows, which co-stars her husband Javier Bardem and was directed by two-time Oscar-winning Iranian filmmaker Asghar Farhadi.

Cruz ramped up the glamour quotient here in the early days of this year’s festival and we talk about the lure of Cannes and why she compares it to be caught in a Fellini movie (she says this is her 12th or 13th time here), plus working with Bardem again. Actually, in addition to Everybody Knows , she has another new film called Loving Pablo that involves a romantic relationship her character Virginia Vallejo has with notorious drug kingpin Pablo Escobar, played by Bardem. She tells me it isn’t intentional that these two films are colliding; Pablo was shot 2 1/2 years ago but only now is opening in the U.S. on June 15. (Her first major film was also with Bardem, Jamon Jamon in 1992, but that was long before they got together as a couple.)

Cruz really gets animated discussing another pet project of hers, the acclaimed FX limited series The Assassination Of Gianni Versace: American Crime Story in which she plays Donatella Versace. There is strong Emmy buzz for the performance, but when I ask about it she says she won’t think about it unless it actually happens. It is a transformative role and her first for television, but she says it was such a good experience she is open to trying it again, especially to work with producer Ryan Murphy.

We also discuss the challenges of working in different languages, how she got her first American  movie when she knew no English, how she remembers very little about the night she won an Oscar, and why she never wants to stop acting.