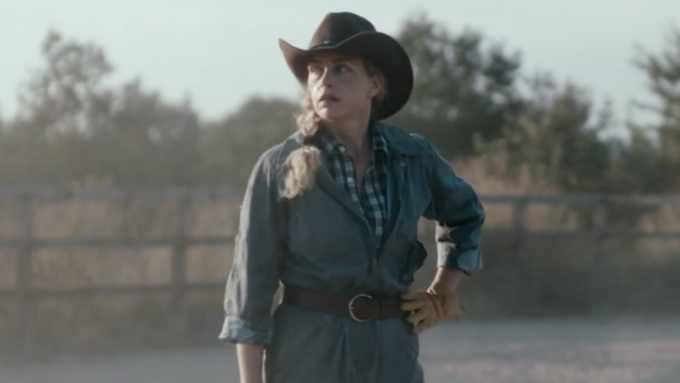 Nina Hoss (Homeland, the upcoming Shadowplay with Taylor Kitsch and Michael C. Hall) plays Wiebke, who lives with her adopted daughter Nicolina on an idyllic horse farm. After many years of waiting, she adopts another girl, Raya, to provide Nicolina with a sister. Things start off harmonious but Raya quickly turns from shy and charming to increasingly aggressive and poses a danger to herself and others. The mother will soon have to cross borders and take extreme decisions to protect her cubs. The clip above seems fairly tame but there is a hint of creepiness as Wiebke trains horses and we hear Raya in the background getting increasingly loud with her crying.

Katerina Lipovska and Murathan Muslu also star. Verena Gräfe-Höft will serve as a producer and Films Boutique is selling the film.