Continue to Deadline SKIP AD
You will be redirected back to your article in seconds
Skip to main content
September 19, 2019 7:39am 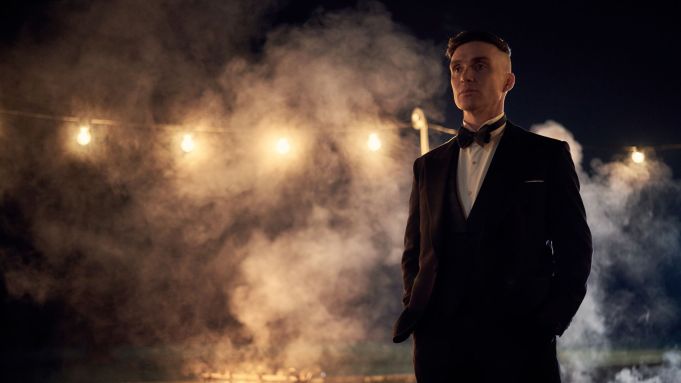 Already scoring series-record ratings in the UK over the past month, Season 5 of gangster epic Peaky Blinders will hit Netflix on October 4 in the U.S. and all international markets where the streamer has rights. Today brings a fresh look at the latest happenings in the Shelby family; check out the trailer above.

The BAFTA-winning drama created by Steven Knight and starring Cillian Murphy has hit unprecedented heights this year since debuting in late August on BBC One, a move from its previous home on BBC Two. The first episode grabbed a massive 6.2M consolidated viewers, up from the previous record of 3.56M for the Season 4 finale. Testament to the popularity of this period saga, an official Peaky Blinders festival was held in Birmingham just last weekend.

Peaky, from Caryn Mandabach Productions and Tiger Aspect, this season kicks off with the Wall Street crash of 1929, and the Shelby family “seriously affected because they’ve invested their legitimate money and are going to have to fall back on the illegitimate money,” Knight recently told Deadline. He also promised “shocks and surprises to come.”

The stakes are even higher for Murphy’s Tommy Shelby who is now an MP facing a new foil in Sam Claflin’s Oswald Mosley, a firebrand real-life politician who became leader of the British Union of Fascists. When Mosley approaches Tommy with his bold vision for Britain, the Birmingham gangster realizes that his response will impact not only the future of his family, but that of the entire nation.

And yet, Tommy’s greatest enemy in Season 5 will be himself as the show delves into the psyche of this conflicted antihero. Helen McCrory and Paul Anderson also star. Anthony Byrne directs Season 5 which is produced by Caryn Mandabach Productions and Tiger Aspect Productions for BBC One; executive produced by Caryn Mandabach, Steven Knight, Jamie Glazebrook, David Mason, Cillian Murphy; for Tiger Aspect, Patrick Spence, and for the BBC, Tommy Bulfin.