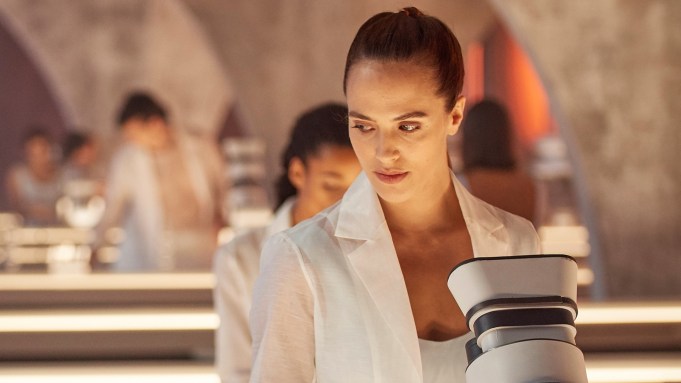 Here are the new trailers (see above and below), along with brief description of the projects.

Brave New World, which is based on Aldous Huxley’s 1932 novel, imagines a utopian society that has achieved peace and stability through the prohibition of monogamy, privacy, money, family and history itself. Alden Ehrenreich, Harry Lloyd and Jessica Brown Findlay star with Demi Moore in a recurring role. The series comes from UCP and Amblin Television and is written by David Wiener. Owen Harris directs and executive produces with Grant Morrison, Darryl Frank, Justin Falvey and Brian Taylor. (See above).

Written, directed and executive produced by Psych creator Steve Franks, Psych 2: Lassie Come Home focuses on Lassiter, who is ambushed on the job and left for dead. In a vintage Psych-style Hitchcockian nod, he begins to see impossible happenings around his recovery clinic. James Roday’s Shawn and Dulé Hill’s Gus return to Lassie’s side in Santa Barbara and are forced to navigate the personal, the professional and possibly the supernatural.

Also released were trailers for kids’ series Curious George, Cleopatra In Space and Where’s Waldo?, along with sports documentary In Deep with Ryan Lochte and Lost Speedways with Dale Earnhardt Jr.