Continue to Deadline SKIP AD
You will be redirected back to your article in seconds
Skip to main content
July 15, 2020 2:47pm 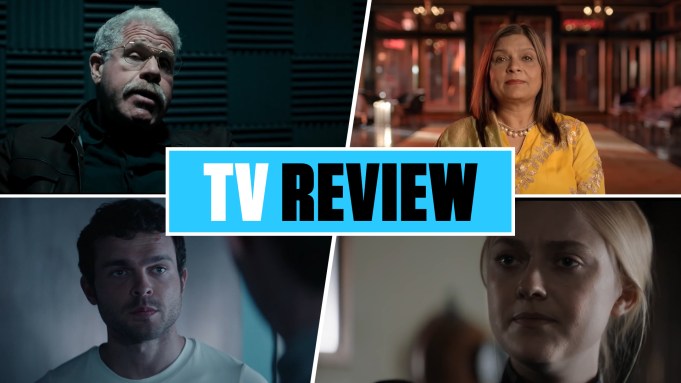 This wasn’t the way Peacock planned on taking flight.

The NBCUniversal streamer, which had its full launch today, thought it would have a deep library of the likes of 30 Rock, Cheers, Downton Abbey and eventually exclusively The Office, plus a plethora of new programming and the Summer Olympics to propel the latest addition to the streaming near the front of the pack.

However, with the Tokyo Games now pushed to next year and productions shut down due to the coronavirus pandemic, Peacock today is now very much a very Britbox affair with crowd-free English Premier League soccer providing the sport and a handful of UK imports like the David Schwimmer-starring Intelligence, the Ben Chanan-created The Capture and a New London-set Brave New World the primary newbies among the comfort food of old shows and the latest Ryan Lochte comeback attempt.

Still, as former Defense Secretary Donald Rumsfeld once said: “You go to war with the army you have, not the army you might want or wish to have at a later time.” So that puts the big-budget adaption of Aldous Huxley’s 1932 novel Brave New World and the CCTV-based The Capture in contention to be the show you have to watch this week – as you can see in my review above.

Of course, we also have Netflix’s unscripted series Indian Matchmaking, which premieres tomorrow, and the return of TNT’s adaption of Caleb Carr’s bestselling franchise with The Alienist: Angel of Darkness on July 19.

Back over two and a half years after its Emmy-winning first season debuted on the WarnerMedia-owned outlet, The Alienist: Angel of Darkness starring Dakota Fanning, Luke Evans and Daniel Bruthl was moved up last month from its original July 26 debut.

The second season of the series from Paramount Television and Turner’s Studio T is set to air two episodes a week starting Sunday for its eight-episode run. Based on the 1997 published sequel to The Alienist, the Cary Fukunaga and showrunner Stuart Carolan EP’d Angel of Darkness weaves in some Sigmund Freud, William Randolph Hearst, a child kidnapping, women’s rights, media sensationalism, a war with Spain and a bloody and brutal New York City of the last years of the 19th century.

From UCP, in association with Amblin Television, the series sees Fear The Walking Dead vet David Wiener serving as EP and showrunner. The nine-episode adaptation also has comic legend Grant Morrison as an EP along with Amblin TV co-presidents Darryl Frank and Justin Falvey.

Also dropping in one complete season today, conspiracy thriller The Capture first played on the BBC in the UK last year before jumping across the Atlantic for the new semi-free streamer.

Featuring Fantastic Beasts: The Crimes of Grindelwald’s Callum Turner as a former soldier suddenly caught in the crossfire as a fall guy for the powerful intelligence agencies, the six-episode The Capture tries to peel back what truth really is in a world of competing perspectives and fake news. Co-starring Patrick Melrose’s Holliday Grainger as the detective assigned to the case of Turner’s Shaun Emery, The Capture also sees Ron Perlman, Famke Janssen and The Crown’s Ben Miles amidst its deep bench cast.

In a search for love and more, Netflix’s July 16-launching Indian Matchmaking pulls the veil back in more ways than one on a custom that seems so alien to many of us. Focusing on seven clients both here in the U.S. and over on the subcontinent itself, the Smriti Mundhra-EP’d reality series has Mumbai’s so-called top matchmaker Sima Taparia lead us down the potential matrimonial path for some very well-heeled and high-expectations-holding bachelors and bachelorettes.

So, with that and the obvious temptation to check out Peacock, what is the show you have to watch this week? Well, you know the drill, you’ll have to watch the video above to find out.