Continue to Deadline SKIP AD
You will be redirected back to your article in seconds
Skip to main content
July 11, 2019 10:53am 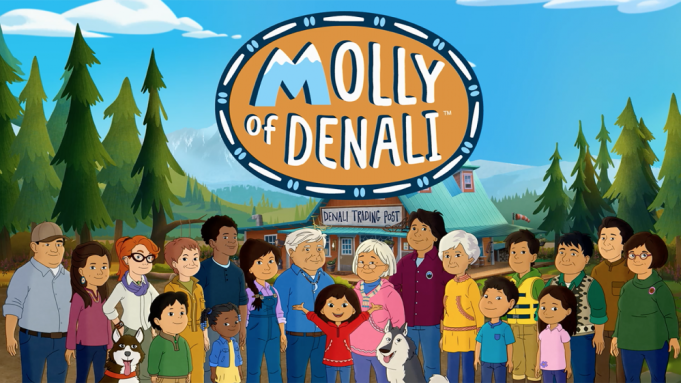 PBS Kids is bringing one of the most underrepresented communities to television with their new animated series Molly of Denali. The groundbreaking show debuts on July 15 and is the first-ever national children’s series to feature Native American leads.

In addition to having leads from our nation’s First Peoples, the show is created with an Alaska Native working group of Indigenous screenwriters, producers, production teams, advisers, and even Alaska Native children, who are featured in the show’s live-action interstitials, teaching young viewers about their way of life, all of which contributes to the authenticity of the series.

10-year-old Tlingit and Muckleshoot actor Sovereign Bill voices the titular Molly Mabray of the Gwich’in/Koyukon/ Dena’ina Athabascan tribes. Yupik band Pamyua plays the theme song with traditional drums and the Athabascan fiddle. Alaska Native Princess Daazhraii Johnson is the series’ Creative Producer, who with her mantra, “nothing about us without us,” is leading the charge in ensuring a real and positive representation of Native Americans. This marks the first time Indigenous kids across the U.S. will see themselves and key aspects of their everyday world on TV. Dewey Kk’Oleyo Hoffman, Leadership Development Director of the First Alaskans Institute, is part of the Alaska Native working group behind the series.

Molly of Denali puts Native American culture front and center and teaches Native values including honoring elders, respecting the Earth and finding joy in rural life. The series frames the culture in a way that shows that it isn’t a relic of the past, but modern. The show explores how technology can aid in literacy, learning, and communication. Molly uses informational texts like books, the Internet, maps, tables, photos, and more to solve problems. She even has her own vlog and shares dispatches about her life with kids in the “lower 48,” helping to show them that, though some aspects of her life may be different than theirs, they share many things in common too.

Watch the clips of Molly of Denali above.