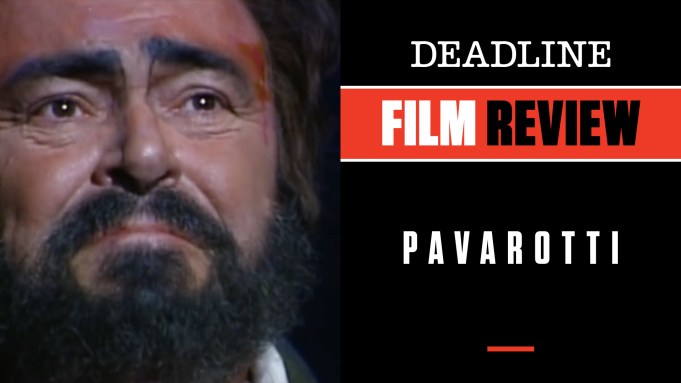 I confess that I’m not the world’s No. 1 opera fan, but after seeing director Ron Howard’s magnificent Pavarotti, I might have to change my tune — at least as far as the great legend Luciano Pavarotti is concerned. This is a documentary high on emotion and filled with glorious music, as you might expect, but Howard has made a film not just for opera lovers but anyone who can appreciate what Pavarotti gave to the world in so many ways.

The Oscar-winning director has made films based on real people and events, of course — including A Beautiful Mind, Apollo 13, etc. — but lately he has dabbled in musical documentaries of different stripes with The Beatles Eight Days a Week: The Touring Years, and Made In America with Jay-Z. Pavarotti’s life and times is a whole different deal, and Howard said he didn’t know much about him when the idea came to do this film. But his technique is almost like a journalist in uncovering the facts and, most important, the way to tell the story in a compelling way. That he has done, working with writer Mark Monroe to structure this docu almost like a three-act opera detailing his earlier years, his rise to fame and his enormous popularity after the Three Tenors concerts with Placido Domingo and Jose Carreras that brought a whole new audience to opera.

Mixing rare archival footage, remastered performances and new interviews with some 53 subjects including Pavarotti’s first wife, their three daughters and his last wife who opened up the archives to the filmmakers, Pavarotti proves to be a full-bodied and richly entertaining look at the man and the musician extraordinaire. Although completely authorized, it doesn’t skimp on telling some personal details that don’t always make him sympathetic. But they do make him completely human — and that was the idea. For those wondering: There is no mention of the failed attempt to turn Pavarotti into a film star with his 1982 flop Yes, Giorgio. Howard can be forgiven for sparing us that painful chapter of an otherwise charmed career.

Right from the start you know you are in good hands as the film opens with rare, previously unseen home movie-style footage of Pavarotti rolling down Brazil’s Amazon River in a quest to find the local theater where the great tenor Enrico Caruso performed. Once he finds it and gets someone to open it, he jumps on stage and starts singing an aria right off the cuff in the empty theater. It’s a great moment, and there are many in this film. I was especially taken with the interview Bono gives as he talks about Pavarotti’s persuasive powers in getting him to join him for a charity benefit. That is one of the film’s highlights.

The editing by Paul Crowder and sound design by three-time Oscar winner Chris Jenkins are superb. Jenkins has managed essentially to enhance the orchestrations behind Pavarotti and reinvent them using new technology. That is why this is a must-see in a theater with top sound. Musically, it is a wonder and certainly ratchets up the emotional elements. Producers are Howard, Brian Grazer, Michael Rosenberg, Nigel Sinclair and Jeanne Elfant Festa. CBS Films, which is closing shop, releases the film Friday. Check out my video review on the link above which includes scenes from the film.

Do you plan to see Pavarotti? Let us know what you think.