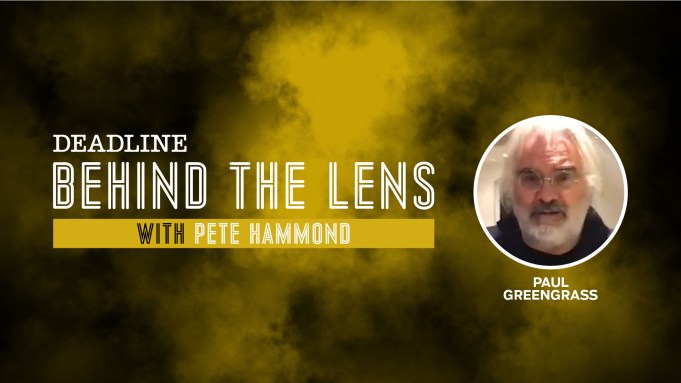 Talking with Paul Greengrass for this week’s episode of my Deadline video series Behind the Lens was almost like going to the church of cinema.

We talked about his first foray into the Western genre with News of the World, the weird and startling timeliness of the story set five years after the Civil War but pertinent in uncanny ways to today’s America, why star Tom Hanks is so good so often that he gets taken for granted, and much more. The film that has received seven Critics Choice Awards nominations including Best Picture, Golden Globe and SAG noms, and already won Best Adapted Screenplay from the National Board of Review for the script from Greengrass and Luke Davies. It has strong Oscar buzz, especially as one of the few critically acclaimed big-scale studio movies to escape the clutches of the pandemic and find its way into theaters and VOD this season.

Greengrass’ films always seem to have something to say about the times we live in and include Captain Phillips (also with Hanks), United 93, Green Zone, 22 July, Bloody Sunday and of course the Bourne franchise. He gets inspiring and philosophical with me in talking about the future of the movie business, the importance of “lighting a candle” for the return of the big-screen experience, the healing power of storytelling and the collective nature of watching movies together, and why he will continue to make films for “the way the world is.”

To watch our conversation and go ‘behind the lens’ with Greengrass (Zooming in from England), click on the video above.