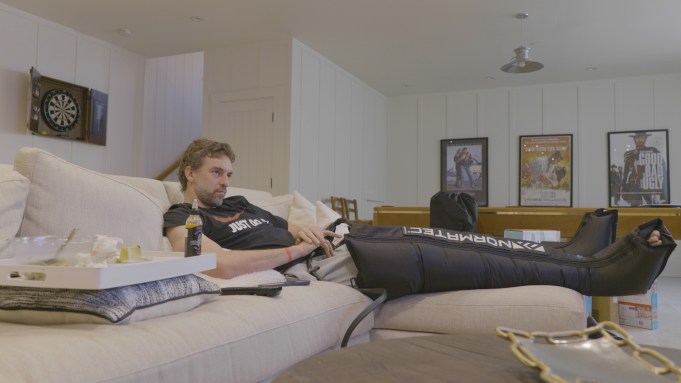 EXCLUSIVE: Here’s your first footage from the upcoming docuseries about former NBA star Pau Gasol’s bid to make the Olympics after a lengthy injury lay off.

The untitled series chronicles Gasol, the two-time NBA champion with the Lakers and six-time NBA All-Star, as he winds down his professional career. Gasol’s last NBA game was in March 2019. In May of that year, he underwent surgery to repair a stress fracture in his left foot and has been working to get back on the court ever since. In February, Gasol re-signed with FC Barcelona—where his professional career began more than 20 years ago—as he prepares to chase an elusive Olympic gold medal in Tokyo this summer.

The series will show how an elite athlete says goodbye to the game they know and love, battling through the physical scars, emotional challenges, personal legacy, as well as deal with new family commitments.

Worldwide rights minus Spain (Amazon swooped on those earlier this year) are currently available with U.S.-based RTG Features handling sales.

RTG Features is currently developing the scripted series The Line alongside Charles Barkley’s Round Mound Media, with the docuseries Promiseland featuring reigning NBA Rookie of the Year Ja Morant recently premiered on Crackle. THINK450 is the for-profit subsidiary of the National Basketball Players Association.