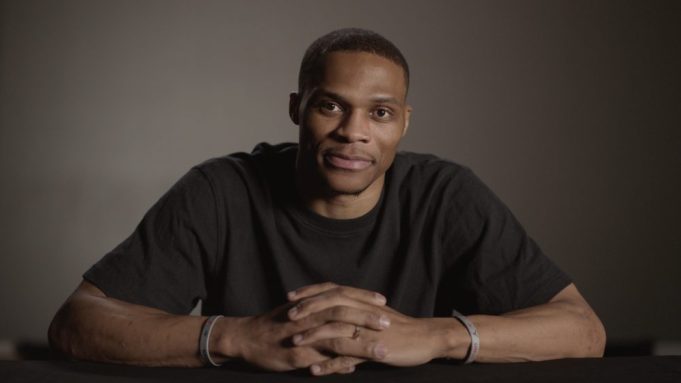 EXCLUSIVE: NBA All-Star Russell Westbrook will be playing a starring role on his new team, the L.A. Lakers, this season, attempting to win the first championship of his career. But before the 2021-22 campaign tips off, he’s starring in a different kind of project: a documentary about his life, career and activism.

Passion Play: Russell Westbrook will premiere on Showtime on Friday, October 15, just days before the official start of the new NBA season. The documentary is executive produced by Westbrook and Donnell Beverly (Tulsa Burning: The 1921 Race Massacre), and co-produced by Raynard Westbrook, Russell’s younger brother.

“Passion Play is a self-portrait of a man whose story has often been written about and pedaled by pundits and commentators, but rarely – if ever – by the man himself,” according to a press release for the film. “A late bloomer who didn’t start on his high school basketball team until his junior year, Westbrook has gone on to become one of the greatest point guards of all time, holding the career record for triple-double performances (184 and counting). A perennial All-Star and 2017 league MVP, Westbrook uses his emotions and ‘Why Not?’ mentality to drive him to greatness.”

The documentary includes behind the scenes footage with Westbrook and his family, as well as “rare footage and extensive interviews” with the point guard and former teammates, including Kevin Love and Nick Collison. “The film reveals a caring and loyal family man who shares the entirety of his deeply rooted personal life, allowing viewers a chance to redefine who they think he is.”

In a statement, Westbrook said, “I’m proud to share this documentary and give audiences an inside look into who I really am on and off the court. There are a lot of misconceptions about me, but I’m ready to share my story and my journey with my fans.”

Westbrook is acknowledged as a one-of-a-kind talent, but as his statement hints, he is not without his critics.

“Westbrook… is one of the most divisive N.B.A. stars in recent decades,” the New York Times wrote in a 2020 piece. “[A]nalysts and fans have questioned whether his style of play is conducive to winning a championship, much like Allen Iverson (who won the M.V.P. in 2001).”

“The ascribed persona of Russell Westbrook, and that which viewers will come to know from this film, are quite different,” insisted Stephen Espinoza, president, sports and event programming for Showtime Networks. “Passion Play unravels the yarn that has been spun and reveals the motivation and drive behind a ferocious competitor.”

“When we started this project with Russell Westbrook in the fall of 2019 and attended his first game with the Houston Rockets, we were all literally living in a different world,” Chopra said. “Two years later – three teams later for Russell – I can say there’s no one I’d rather have ridden this roller coaster with than Russ. Contrary to the persona that’s been painted about him, he’s one of the sharpest, most dynamic, caring, creative and driven people I’ve ever met and collaborated with, and I am excited to share that true version of him with the world through this film.”

“People don’t really understand who I am,” Westbrook says in the trailer. “I’d be lying if I said it didn’t affect me.”