Continue to Deadline SKIP AD
You will be redirected back to your article in seconds
Skip to main content
September 21, 2021 11:11am 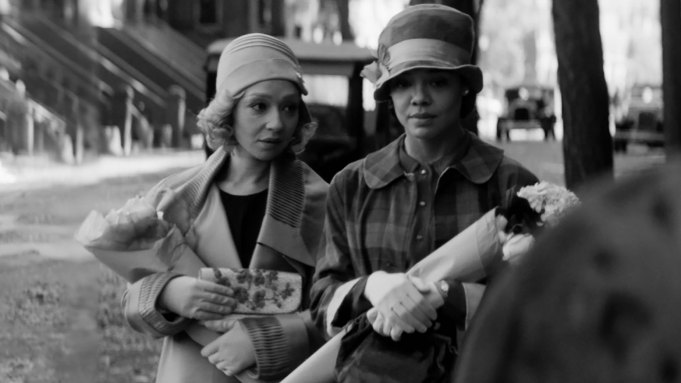 Netflix made a splash at this year’s Sundance Film Festival when it acquired Rebecca Hall’s Passing, the drama starring Tessa Thompson and Ruth Negga. Hall, making her directorial debut, adapted the film from the 1929 novel by Nella Larson. Now the streamer is prepping for the film’s New York Film Festival slot October 3, after which it will get a theatrical release followed by a debut on the service November 10.

The pic, shot it black and white, tells the story of two Black women, Irene Redfield (Thompson) and Clare Kendry (Negga), who can “pass” as white but choose to live on opposite sides of the color line during the height of the Harlem Renaissance in late 1920s New York. After a chance encounter, Irene reluctantly allows Clare into her home, where she ingratiates herself to Irene’s husband (André Holland) and family, and soon her larger social circle as well. Irene soon finds her once-steady existence upended by Clare, and the the story becomes one about obsession, repression and the lies people tell themselves and others to protect their carefully constructed realities.

Netflix competed in a field of five bidders to win rights to Passing in a $15 million deal that Deadline scooped during the festival. Its release is timed to the now-underway movie awards season.