Anne Heche “Not Expected To Survive” After Severe Brain Injury From Car Crash, Will Be Taken Off Life Support
Read the full story
July 15, 2022 8:00am 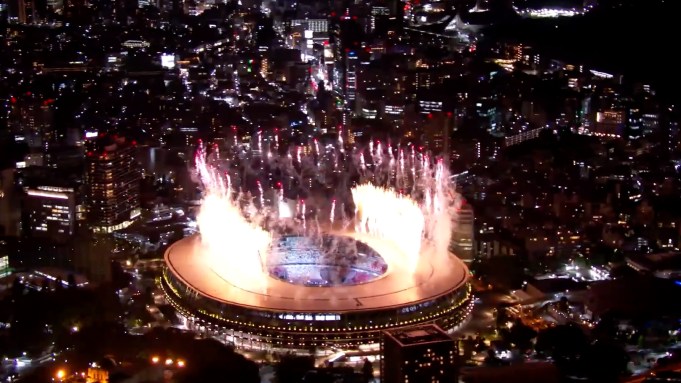 EXCLUSIVE: Harder Than You Think, the company behind the Emmy-winning documentary Rising Phoenix, has secured exclusive rights to tell the story of the Paralympics through 2028.

Under the agreement, HTYT will have access to the IPC story and their archive.  The accord covers global AVOD, SVOD and TVOD rights.

“It is an honor to be asked to tell the story of the Paralympics. We are extremely proud of what we have achieved to date with Rising Phoenix,” said HTYT founder and president Greg Nugent.

“The rights extension now gives us an extraordinary opportunity to think about the story all the way to LA, which we all hope will be a transformative Games for not just the sport but also global attitudes to disability.”

Nugent created HTYT in 2018 as an IP-led company with a mission to create content around big global issues. The 2020 documentary Rising Phoenix, following the stories of nine Paralympians, was its most high-profile productions to date.

The film debuted in 190 countries on Netflix in August 2020 and won Sports Emmy Awards in 2021 for Outstanding Long Sports Documentary and Outstanding Music Direction the following year.

The company has followed up the feature-length film with a three-part docu-series Rising Phoenix: Tokyo, for which Deadline can reveal the first trailer (watch it above). HTYT is currently in talks with global distributors for its release.

The news series follows the experiences of 12 Paralympians from 11 countries as they prepared to compete in the Tokyo 2020 Paralympic Games, which was delayed until 2021 due to the Covid-19 pandemic.

The production is co-directed by Mat Whitecross and Bim Ajadi, the pioneering deaf UK filmmaker who has made a number of groundbreaking works. John Battsek produces it at Ventureland and Jack Thorne executive produces. Around 25% of those who worked on the production identify as disabled.

“Our intention was to follow a dozen athletes from around the world on their road to the 2020 Tokyo Games. We soon realised it would be impossible for us or Paralympians to travel – and when the Games themselves were delayed by a year, it seemed the project was dead in the water,” said Whitecross

“We had made contact with para-athletes worldwide from as far afield as Iraq, Norway, Canada, Namibia – all with unique and remarkable stories,” he continued. “Over the course of the next year and a half, we followed these formidable athletes through all the highs and lows and all the way to Tokyo.”

The Paralympics has seen its cumulative audience more than double in the last decade, with the IPC projecting a cumulative five billion-strong global audience for the 2028 Los Angeles tournament.

The extension of the rights partnership with HTYT stems from IPC’s desire to reach an even larger global audience.

“I said at the time of the release of the Rising Phoenix movie that it would be a game changer for the Paralympic movement and that has certainly proved to be the case. Rising Phoenix is growing the Paralympics, bringing in new audiences and in doing so changing minds and attitudes,” said IPC President Andrew Parsons.