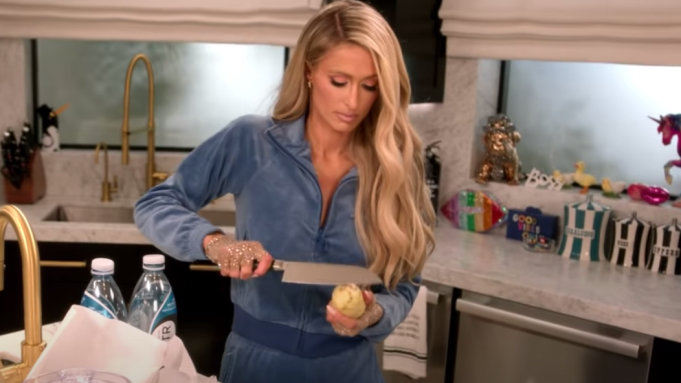 Paris Hilton shows off her culinary skills, or lack thereof, in the trailer for her upcoming Netflix series Cooking with Paris.

Cooking with Paris sees the media personality tackle a range of recipes, from savory main dishes to succulent desserts, with guests including Kim Kardashian West, Nikki Glaser, Demi Lovato, Saweetie, Lele Pons, and Kathy and Nicky Hilton. However, the half of the fun comes from the host’s unconventional, and often chaotic, cooking practices. She flattens burgers with a diamond encrusted spatula and dredges meat while donning a flashy feathered ensemble.

The trailer sees Hilton navigate a variety of complex kitchen tools and familiarize herself with a number of cooking staples including tongs, lemon zest and tomatillos – all while looking fabulous, of course.