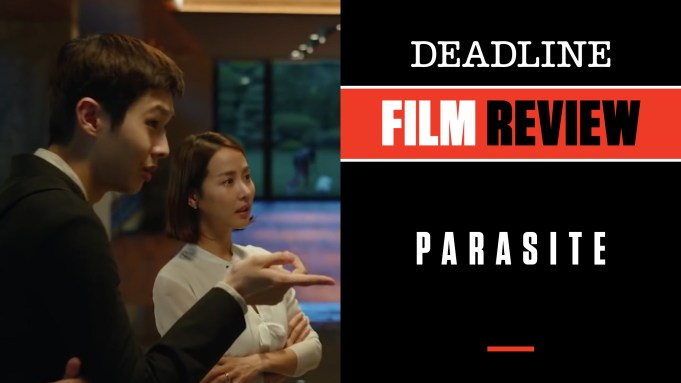 There is a reason Bong Joon Ho’s Parasite became the first Korean film to win the top prize, the Palme d’Or, at this year’s Cannes Film Festival. It not only is simply great and inspired, it also happens to be socially conscious filmmaking of the highest order.

It doesn’t really come as a surprise, though, since South Korea’s top director has been leading up to this for years with an impressive filmography that includes Snowpiercer, Okja, The Host, Mother and Memories of Murder. If the title makes you think you are about to see some sort of sci-fi monster film, don’t worry. This tragicomedy is far from that and in fact focuses on the wide divide in class status in society that is really universal in many ways, reaching far beyond the country in which it takes place.

This essentially is the story of how one lower-class, unemployed family called the Kims, living in a sordid flat beneath the street with a window overlooking vagrants relieving themselves in plain sight, manages to infiltrate an upper-class suburban family called the Parks in much the way a parasite could invade your body. It is a brilliant concept as, one by one, we watch the Kims anonymously apply for and win jobs in the Park household without the wealthy family, led by successful architect Park Dong-ik (Lee Sun-kyun), having a clue that they are related.

It starts off with son Ki-woo (Choi Woo-shik) hearing about a job as a tutor for the Parks’ daughter Da-hye (Jung Ziso). His sister Ki-jung (Park So-dam) falsifies his résumé and documents, and he lands the gig. That leads to his eventual recommendation of his sister for a job as an art tutor for the Parks’ youngest son Da-song (Jung Hyun-jun), when mom Yeon-kyo (Cho Yeo-jeong) decides he needs one.

Eventually the patriarch of the Kims, Kim Ki-taek (Song Kang-ho), and the mother, Chung-sook (Jang Hye-jin), also land jobs in the household. From there, they go on to essentially take over without the Parks — who take off on a family vacation — having a clue. But things get complicated when the former housekeeper Moon-gwang (Lee Jeong-eun), who unknowingly was set up for failure by the Kims, comes back and has secrets of her own.

Much of this setup and the first-two thirds of the film are very funny and highly entertaining, but the director — who co-wrote the script with Han Jin-won — has much more on his mind, and he effortlessly steers the tone of the piece into unexpected territory that I will not reveal here, except to say you won’t know what hit you.

The acting across the board from an ensemble of superb South Korean thesps is excellent, as are the technical credits including beautiful production design that crosses the divide of the haves and the have nots, and superb cinematography. This one is a must-see that will stay on your mind long after leaving the theater.

Check out my video review at the link above with scenes from the movie. Neon will open it in limited release starting Friday. It is South Korea’s official entry into the International Feature Oscar race, and you can bet it will be a strong contender in that category, and maybe even Picture, Director and Original Screenplay.

Do you plan to see Parasite? Let us know what you think.