Continue to Deadline SKIP AD
You will be redirected back to your article in seconds
Skip to main content
November 27, 2019 1:00pm 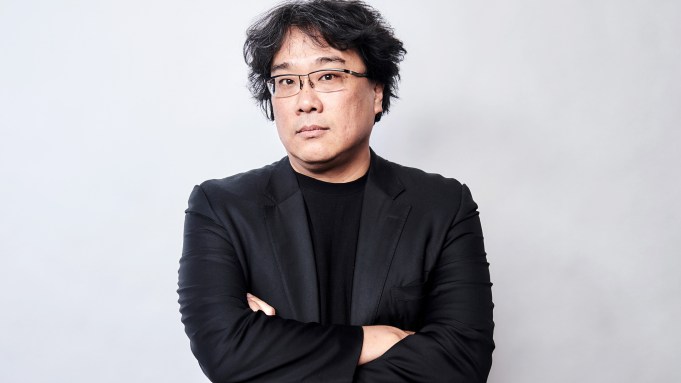 It is pretty remarkable to realize no South Korean film has ever been nominated for an Academy Award, either in the International category (formerly Foreign Film) or any other. That is about to change in a very big way as that country’s top filmmaker Bong Joon Ho’s Parasite is not only a front runner in the Best International Film category, but it is becoming a major threat in Best Picture, Director , and Screenplay too.  This year’s winner of the Palme d’Or at the Cannes Film Festival, it has become a true international sensation winning it, among other things,  a spot in Deadline’s ninth annual The Contenders Los Angeles all day event held earlier this month at the DGA Theatre in Hollywood.

In front of a packed audience of Oscar and key guild voters, the director described how the inspiration for the film came from an early job he held working for a wealthy family in South Korea. Even though he got fired after two months, the seeds of a hit movie were born. He talks about that, as well as his surprise that this very Korean movie has resonated more internationally than any of his previous films, including his English language efforts. He has described it as a “tragicomedy”. He explains it as a comedy without clowns, and a tragedy without villains.  Actually that description came along when the Korean marketing department asked him to come up with something that sells it. That is the best he could do because this is a movie that defies easy description but must be seen.

He was joined on stage with an interpreter although he does speak and understand English quite well. Nevertheless you are going to have to read the subtitles to get the real meaning of our conversation. Just click the link above.