Continue to Deadline SKIP AD
You will be redirected back to your article in seconds
Skip to main content
September 17, 2021 12:00pm 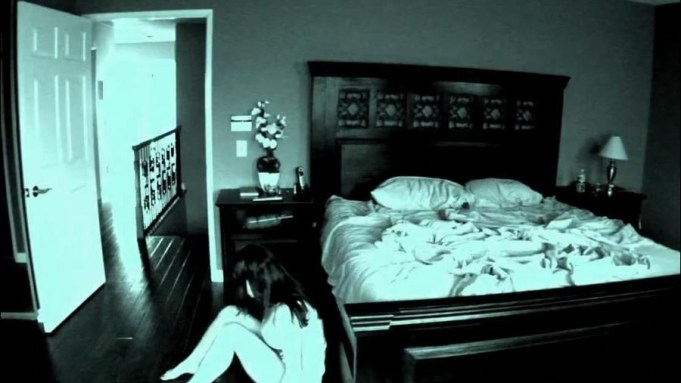 Tanya Giles, Chief Programming Officer, ViacomCBS Streaming and Tom Ryan, President & CEO of ViacomCBS Streaming, said back in August that the streamer would be doubling down on the horror franchise, debuting not only the film but a documentary as well on the OTT service.

The first movie in the series, directed by Oren Peli, was originally screened at Screamfest Horror Film Festival in 2007 and was spotted by a CAA rep who quickly signed the director. They sent DVDs out, eventually getting the attention of Jason Blum, who worked with the director to re-edit the film and submit to Sundance. DreamWorks’ then-bosses Adam Goodman, Stacey Snider and Steven Spielberg saw the movie and acquired it when they were at Paramount, buying domestic rights for $350,000. The first movie would go on to make over $193M WW spawning a total of now seven movies in the series; six of them making over $890M WW.

The new film, as you can see in the teaser above, is a throwback to its found footage origins, but also goes back to Puritan times.