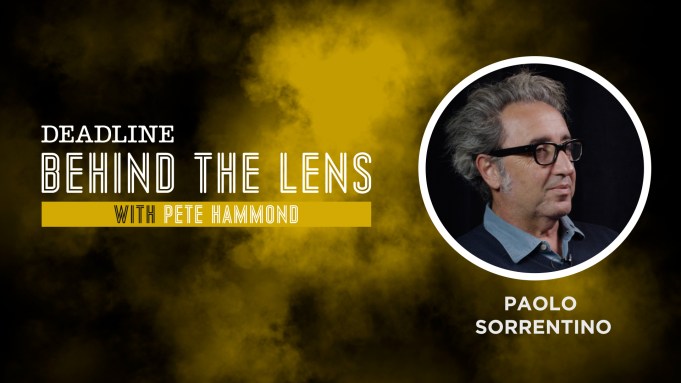 With a filmography that includes Il Divo, Loro, This Must Be the Place, Youth and his Oscar-winning The Great Beauty, Paolo Sorrentino has shot to the top of list of international superstar directors. Throw in television limited series like The Young Pope and The New Pope, plus a litany of shorts and documentaries, and you have quite an impressive roster of achievements.

But for Sorrentino, his latest, The Hand of God, is without question his most personal, and if you ask me perhaps even best film yet. It is a heartfelt coming-of-age story of a young man from Naples whose life is deeply impacted by the arrival of soccer legend Diego Maradona on the local team, as well as an unspeakable tragedy when he and his brother lost both their parents in a sudden accident. The personal part, though it is fictionalized to a certain extent, is essentially the story of Sorrentino’s youth in Napoli and the beginnings of the career that has taken him to the top of his profession.

Sorrentino joins me for this week’s edition of my Deadline video series Behind the Lens, where we talk about the reason the time is finally right, at age 50, to have made a movie so close to his own life, plus what he hopes the audience is going to take away from it. The director began this season by winning a major prize at the Venice Film Festival, and his film has become the official Italian entry for the Oscar’s Best International Feature competition. It is currently in theaters and begins streaming December 15 on Netflix.

Check out our conversation above to go “behind the lens” with Paolo Sorrentino, and come back every Friday during Oscar season for new episodes.