Continue to Deadline SKIP AD
You will be redirected back to your article in seconds
Skip to main content
January 5, 2022 9:42am 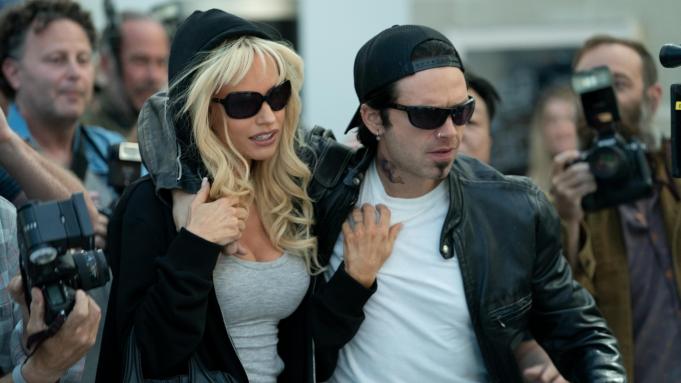 Hulu has released the first trailer for its limited series Pam & Tommy ahead of its February 2nd premiere, featuring Lily James as Pamela Anderson and Sebastian Stan as her ex-husband Tommy Lee.

Pam & Tommy tells the story of Baywatch starlet Anderson and Motley Crue drummer Lee, who made a sex tape on their honeymoon they intended to keep private. But after it was stolen from their home by a disgruntled contractor (Seth Rogen), the video went from underground bootleg-VHS curiosity to full-blown global sensation when it hit the Web in 1997.

While the tape will play a major part in the series, the story will also focus on their relationship going back to the whirlwind romance that started with them marrying after only knowing each other for 96 hours in 1995. The leaked VHS tape turned into quite the legal dispute, with Anderson suing the video distribution company Internet Entertainment Group. Ultimately, the Lees entered into a confidential settlement deal with IEG. Thereafter, the company began making the tape available to subscribers to its websites again, resulting in triple the normal traffic.

The series, directed by Craig Gillespie (I, Tonya) and written by Rob Siegel and DV DeVincentis, is produced by Rogen, Goldberg, James Weaver, and Alex McAtee for Point Grey, Megan Ellison, Sue Naegle, and Ali Krug for Annapurna, and Dylan Sellers, and Limelight.