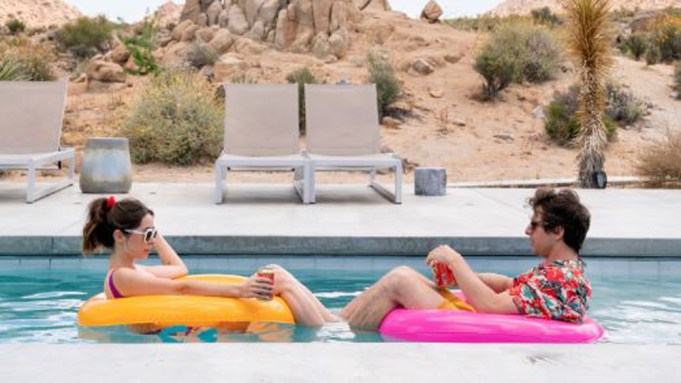 Here is the first trailer for Palm Springs, the existential romantic comedy starring Andy Samberg and Cristin Milioti for which Hulu and Neon famously paid a Sundance-record $17.5 million to acquire in January. Watch it above while trying to keep “I Got You Babe” from spinning on repeat in your mind.

Here’s your logline: While stuck at a wedding in Palm Springs, Nyles (Samberg) meets Sarah (Milioti), the maid of honor and family black sheep. After he rescues her from a disastrous toast, Sarah becomes drawn to Nyles and his offbeat nihilism. But when their impromptu tryst is thwarted by a surreal interruption, Sarah must join Nyles in embracing the idea that nothing really matters, and they begin wreaking spirited havoc on the wedding celebration.