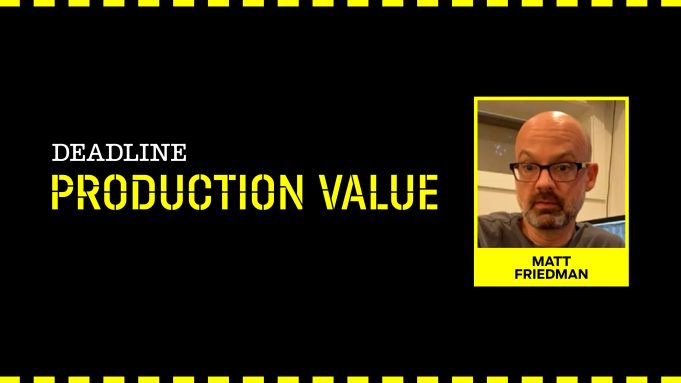 For editor Matt Friedman, Palm Springs was undeniable from the get-go.

Stemming from a script by Andy Siara that was “so tight, so smart, and so clever,” the genre-bending comedy allowed him to work with metaphysics, along with pitch-perfect performances from stellar actors.

Starring Andy Samberg and Cristin Milioti, Max Barbakow’s debut feature centers on Nyles and Sarah, two strangers who meet at a wedding in Palm Springs, and quickly develop an odd-couple dynamic. When their seemingly normal evening is interrupted by a surreal event, which leaves them stuck together in a time loop, Sarah plots her escape, even as the relationship between the two deepens.

Naturally, on this innovative, high-concept project, finessing the use of time loops was somewhat of a challenge. While Siara had done much of the structural legwork—laying out on the page the rules of this universe, and the way the loops should be executed—Friedman would have to expand upon that foundation, working with pace and narrative focus to take the viewer from one loop to the next, in the most compelling and efficient way possible.

“The movie was about this guy whose soul has been crushed by the endless repetition of this day, yet at the same time, we don’t want to crush the souls of the audience by endless repetition,” the editor explains, in the latest installment of Deadline’s Production Value video series. “So, each of those resets are very carefully constructed to tell the story. Whenever we did these loops, the audience had more information, and so we didn’t have to go into as much detail.”

While the final cut of Palm Springs largely stayed true to Siara’s script, the opening sequence was one that its team had to meditate on. “We carried two different versions of the opening, all the way to the end, really,” Friedman explains. “One of them was the one that you saw, which has the comedic scene with [Meredith Hagner’s] Misty up front, and then there was another version that didn’t have that up front, and what the film was asking the audience to do was to be comfortable with knowing less what the movie was about for maybe about four minutes longer.”

After testing both openings, the editor found that they both worked. “Ultimately, it just came down to a creative choice—and it’s one of the things I think about a lot,” he says. “In cutting a movie, sometimes there are no right or wrong answers. There’s just two different ways to tell the story.”

Like many independent productions, Palm Springs was made on a “really tight schedule,” with certain financial limitations, leading to a “pretty brutal” experience in post-production. At the same time, though, Friedman’s experience on the film couldn’t have been more enjoyable. “Creatively, it was a joy to work on,” he says. “To the credit of the producers, and especially Andy Sandberg, he really fought for the resources that we needed in order to finish. Everybody pulled together to make a good movie.”

While the film would go on to become a pop culture phenomenon over the summer, it was disappointing to Friedman that it had a quite limited theatrical release, given lockdowns imposed by the Covid-19 pandemic. At the same time, though, he did have the fortune to be able to attend its extraordinary first screening at Sundance, and will surely remember that moment for many years to come. “This was the first time I had ever been to Sundance,” he shares, “and the screening was so much fun.”

While that screening would ignite a bidding war, resulting in a record-setting sale at the festival, Friedman’s expectations were tempered, heading into it. “Normally, a comedy editor, when you go to your first big screening, it’s a very tense moment when you’re waiting for the first laugh,” he says. “It’s very scary, because an audience sometimes takes time to learn that it’s okay to laugh.”

It was ironic, then, that Palm Springs sparked laughter in the crowd before it had even started. “The Lonely Island didn’t have a logo, and a couple of films ago, they needed one. It was a Sony Pictures Classics film that they were doing, so what they did was, they just totally ripped off Sony Pictures Classics—the same blue screen, the same typeface, the same design,” he explains. So, when The Lonely Island’s latest opened on the same logo, “because it was an industry crowd, the instant [that happened], the entire theater just burst out laughing.”

Coming to love cinema at an early age, as he shot small films with a Super 8 camera, Friedman got his first taste of editing while studying at Northwestern University. Graduating from college in the era of David Letterman, when “Top 10” lists were in vogue, he jumpstarted his career by sending lists of his own to local productions, to pitch himself for whatever roles were available.

Ultimately, he was hired by editor Emma Hickox for a job in Atlanta, getting a “crash course in filmmaking” on the upright Moviola, and then following her to LA, where he continued to hone his craft. From Hickox and other mentors, like Peter Teschner—with whom he’s currently working on Theodore Melfi’s upcoming drama, The Starling—Friedman would learn about both the technical and creative aspects of his craft.

For the editor, a key insight gained was the extent to which he needed to understand character, story, tone, and timing—as well as human psychology—in order to do his job properly. “Really, when it comes down to it, people go to the movies to experience some kind of emotion, be that laughter, or crying, or whatever,” he says. “So, in order to get an emotional reaction out of an audience, you really do have to understand how people’s brains work, and how we process and react to information.”

From Friedman’s perspective, this is especially true in working on a comedy like Palm Springs. “Because physiologically, what’s going on when people laugh is, they have formed an expectation, and then the storytellers break that expectation. We give something different, and it’s that dissonance that actually causes the laughter to come forth,” he says. “So, knowing that that is required in order to get a laugh, it comes down to individual frames.”

A key motto for the editor is, “Every frame matters,” and this applies to every film he’s cut. “There’s not a single frame that I haven’t thought about and placed with conscious intention,” he says. “Getting one line off, early on, really can harm a bunch of different stuff downstream.”

Finding his first studio feature in Betty Thomas’s comedy John Tucker Must Die, and recently landing his first ACE Eddie nomination for his work on Lulu Wang’s The Farewell, Friedman has rounded out and enriched his career by working as a lecturer at the AFI Conservatory over the past nine years. And what the editor has found, in his experience as a teacher, is that it’s only elucidated his understanding of the work he does, allowing him to put into words what he previously couldn’t explain. “When I got thrown into a position where I had to start telling people why I was doing the things I was doing,” he says, “it led to a lot of introspection.”

Certainly, the art of editing is something that he will continue to explore with passion, both as an educator and as a practitioner. “I love it because I get to stick my fingers in so many different things. I get to be involved with the process every step of the way through, and I get to collaborate with some of the most amazing actors, and cinematographers, and directors and writers,” he says. “Getting to work with that kind of talent makes it really fun to come into work every day.”

For more from our conversation with Friedman—who cut the Neon/Hulu title with Andrew Dickler—click on the video above.