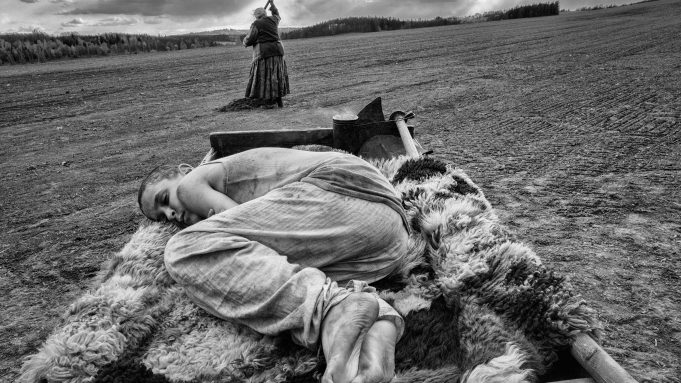 EXCLUSIVE: Here’s a first clip of striking Venice and Toronto premiere The Painted Bird, the black-and-white, 35mm adaptation of the Jerzy Kosinski (Being There) novel of the same name.

Vàclav Marhoul’s dark drama will play in competition on the Lido and is the first Czech film to do so in more than 25 years.

Described as an “evocation of wild, primitive Eastern Europe at the bloody close of World War II,” the film took more than a decade to get to screen. It follows the journey of ‘The Boy’, entrusted by his persecuted parents to an elderly foster mother. The old woman soon dies and The Boy is on his own, wandering through the country-side, from village to farmhouse. As he struggles for survival, The Boy suffers through extraordinary brutality meted out by the ignorant, superstitious peasants and he witnesses the terrifying violence of the efficient, ruthless soldiers, both Russian and German.

This one looks impressive but also very dark. Come And See meets The White Ribbon, on the surface at least.