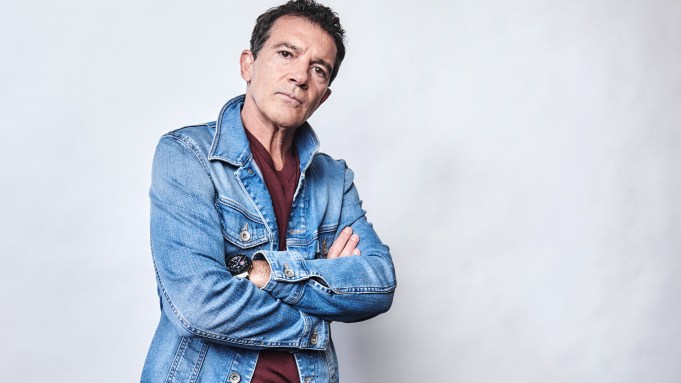 Antonio Banderas came to the ninth annual Deadline Contenders Los Angeles all day event last month and told the packed DGA Theatre audience of Academy and key guild members how he approached what has become the most acclaimed role of his career to date in Pain And Glory. He won the Best Actor prize at this year’s Cannes Film Festival, and deservedly so, for the part in the film that represents the eighth collaboration between the actor and iconic Spanish director Pedro Almodovar. With this one he is almost acting a muse for Almodovar even though it is not entirely autobiographical.

Banderas told me in our conversation on stage that his director describes it as “Self Fiction”, but that he wishes it were all true. Nevertheless, in playing a film director now going through some health problems and looking back on his life in somewhat bittersweet fashion, Banderas has adopted Almodovar’s hairstyle, even wears some of his actual clothes (which had to be altered) and the apartment he lives in is an exact replica of Almodovar’s right down to the paintings on the wall. He talks about the placement of the camera that was also key to the audience’s understanding of this character, as well as the subtle choices made in showing the level of pain and phobias he is experiencing.

Banderas appeared at Contenders Los Angeles in the Sony Pictures Classics portion of the day and had much to say about the movie which could well put him in the thick of the Oscar race for the first time in his career. To watch just click on the link above.