Continue to Deadline SKIP AD
You will be redirected back to your article in seconds
Skip to main content
June 22, 2020 8:32am 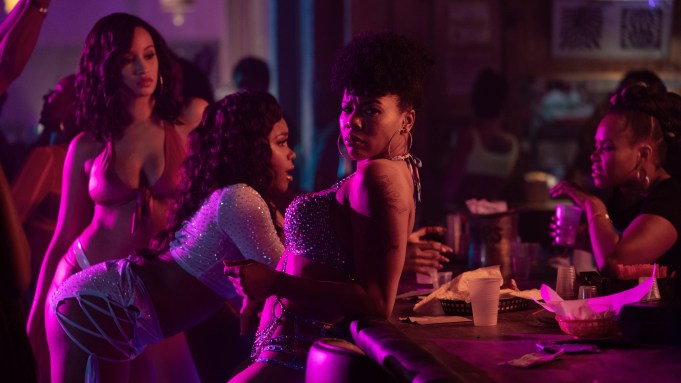 Starz has released the official trailer for P-Valley, its Mississippi Delta drama series about a small-town strip club and the larger-than-life characters who come through it. The series based on The Tina Turner Musical‘s Katori Hall’s stage play is set to premiere Sunday, July 12 at 9 PM after the season finale of Hightown, and moves to its Sunday 8 PM time slot the following week.

Hall created and showruns the series, which dares to ask what happens when small-town folk dream beyond the boundaries of the Piggly Wiggly and the pawnshop. Brandee Evans (The Bobby Brown Story) star as Mercedes, the club’s star who is looking to move on, while Elarica Johnson (Harry Potter and the Half-Blood Prince) plays Autumn Night, the upstart dancer she’ll need to train to replace her.

“Who better to learn from,” Evans’ Mercedes tells Autumn in the trailer, “than an O.G. like me?”

Nicco Annan (This is Us) plays Uncle Clifford, the den mother of sorts to his dancers and a role he’s been honing 10 years since being in the play. Shannon Thornton (Power), Skyler Joy (Ma), J. Alphonse Nicholson (Chicago P.D.), Parker Sawyers (Southside With You), Harriett D. Foy (Elementary), Tyler Lepley (The Haves and the Have Nots) and Dan J. Johnson (Underemployed) also star.