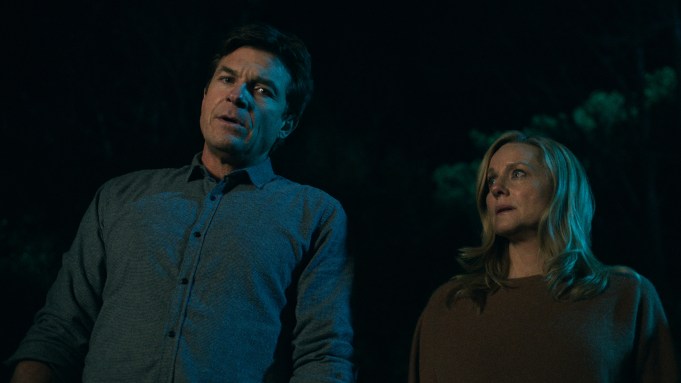 The fourth and final season of Netflix’s Ozark is going to battle and when lines are drawn, where will Wendy (Laura Linney) and Marty (Jason Bateman) Byrde’s loyalties lie? The answer lies in the Season 4 Part 1 trailer released above, ahead of the show’s Jan. 21 premiere.

As the pair rid themselves of Helen (Janet McTeer), they climb to the top of Navarro’s (Felix Solis) empire. They find another opportunity to get out of the Ozarks but some past sins won’t stay buried and the most dangerous threats come from blood.

Created by Bill Dubuque and Mark Williams, Ozark is a thrilling drama set in the present-day and follows the Byrde family’s journey from their normal, suburban Chicago life to their dangerous criminal enterprise in the Missouri Ozarks. The series explores capitalism, family dynamics, and survival through the eyes of (anything but) ordinary Americans.

Watch the trailer in full below.