Continue to Deadline SKIP AD
You will be redirected back to your article in seconds
Skip to main content
June 18, 2020 9:30am 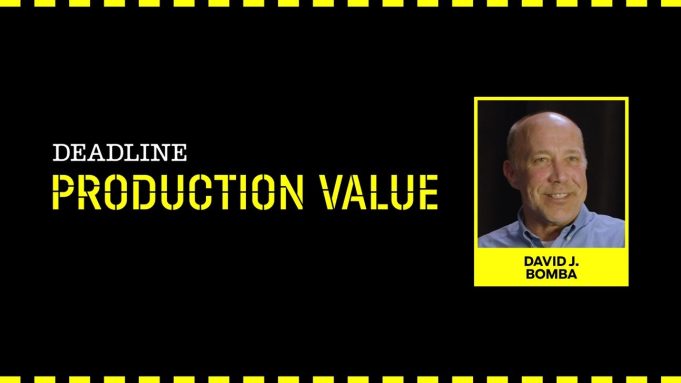 Coming aboard Ozark in Season 3, production designer David Bomba’s challenge was to tap into the style established for the series’ first two seasons, while honing exciting visual elements that would increase the scope of its world.

Created by Bill Dubuque and Mark Williams, the crime drama centers on Wendy (Laura Linney) and Marty Byrde (Jason Bateman), a married couple who are forced to move their family to the Ozarks, when a money-laundering scheme goes awry.

A fan of the series prior to his involvement, Bomba came onto Ozark with a clear understanding of its world, as well as its striking aesthetic. “The tone of the show, to me, it’s very evident,” he says, in the latest installment of Deadline’s Production Value video series, which was recorder prior to quarantine. “It’s very blue, it’s very gray; it’s always cloudy.”

Exciting for the designer was the prospect of working within an impressive array of sets created for Seasons 1 and 2, including the Byrde’s lakeside estate and the Snell house, where one of the series’ most threatening local criminals resides. In the case of the latter location, “we’re not allowed to film at the exterior anymore,” Bomba says, “because the owners didn’t like the fact that we killed somebody there in Season 2.”

In bringing new elements to Season 3, Bomba hoped to carve out his own part of Ozark, finding the greatest opportunity to do so through the creation of the Missouri Belle. First introduced at the tail end of Season 2, this riverboat casino emerges in the narrative as a vehicle for efficient money laundering, which will allow the Byrdes to stay under the radar, while continuing to please their boss—the terrifying leader of a Mexican drug cartel.

In pursuit of the right designs for the interior and exterior of the boat, Bomba embarked on a real-world research trip. “[I] went to Indiana and Missouri, and saw two offshore gambling facilities,” he says. “One actually was from New Orleans, where I grew up, so I knew all about offshore gambling. But I wanted it in the context of this show.”

Looking specifically at a “Victorian, Mark Twain-ish style boat” and a Missouri barge outfitted for gambling, the production designer then presented his findings to executive producer, director and star Jason Bateman. “I put up boards—‘This is patterns, this is color, this is tone’—and I said, ‘I know that this show is very blue and very gray.’ And he goes, ‘I want to get outside of that,’” Bomba shares. “I said, ‘What do you think? Like reds and golds?’ And he goes, ‘That’s where I want to go.’”

The designer approached his pitch to Bateman with the understanding that the casino would naturally be different, in its aesthetics, than any environment seen on Ozark before. “It’s a completely different world. Any time you go into a casino, it’s an assault to the senses,” he notes. “It’s lots of bling-bling, lots of blinking lights.”

To create a realistic casino environment, Bomba would have to jump through a number of legal and logistical hoops. In terms of visual elements present within the set, casino tables were the most simple to put together, but slot machines were an entirely different matter. Engaging in a dialogue with the Gaming Commissions of Las Vegas and Georgia—where the show is shot—the designer wondered, “How do we get these things? How are we going to do this?”

If Bomba were to dress the set with real slot machines, borrowed from actual casinos, he’d have to “Greek out all of the graphics”—and given the glow that slot machines emit, there was the additional question of how the machines would jibe with the lighting of the interior set. “We imported 10 slots to begin with, just to get a feel for it, to see what the lights would do,” Bomba says. “[We] tested them; nothing worked.” Ultimately, the solution to these problems was to manufacture more than 160 slot machines specifically for the show.

Working within the art department for two decades, Bomba has designed a number of acclaimed films, including 2017’s Mudbound, as well as prestige series like Godless. In the era of streaming and ubiquitious screens, the designer has approached his work with the understanding that he can’t control how it will be viewed. “People might watch it on their cell phone; people might watch what you’ve done on their iPad; they might have a home theater,” he says. “[But] I’m not going to deliver anything but feature-quality sets that you know are realistic.”

While realistic production design is a must for the viewing experience, Bomba notes that it’s also in service of the actors at hand, on any given show. “Sometimes, the time frame is such, where you’ve got to slap things together and put it up. [But] I want…to deliver sets [where] actors can do what they need to do,” he says. “Because the acting in [Ozark] is phenomenal.”

For more from our conversation with production designer David Bomba, take a look at the video above.