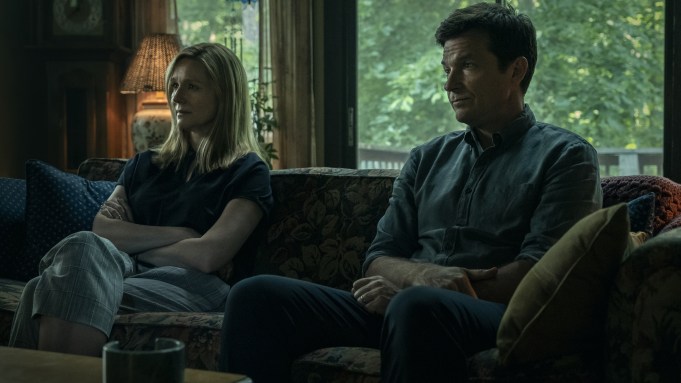 The saga of the Byrde family is set to be closed out when Jason Bateman and Laura Linney drama series Ozark comes to an end with its fourth season.

Netflix has unveiled the first-look at this season during its fan event Netflix Tudum. You can see the video above.

Created by Bill Dubuque and Mark Williams, Ozark is set in the present-day and follows the Byrde family’s journey from their normal, suburban Chicago life to their dangerous criminal enterprise in the Ozarks, Missouri. The series explores capitalism, family dynamics, and survival through the eyes of anything but ordinary Americans.

It will be interesting to see whether this is the last viewers see of the Byrde family, given the potential for spin-offs and such in the streaming world.

MRC President of Television Elise Henderson recently told Deadline that she thinks the show is getting “better and better”.

“What we want first is to make sure that we preserve that creative project. If there is something additional beyond that, of course, we’d be open to it. We have incredible executive producers on that project. They’ve really created something special, and we would obviously look into it, but nothing certainly right now,” she said.