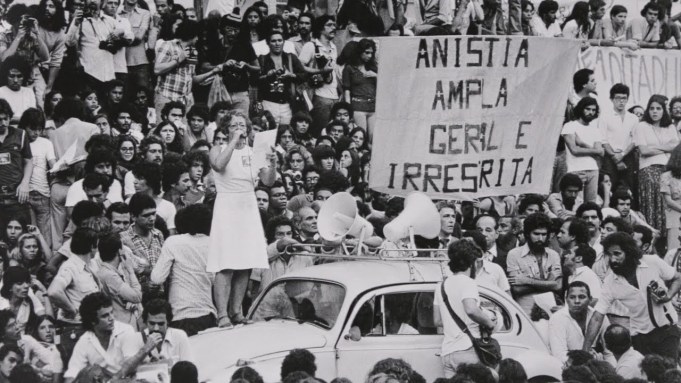 EXCLUSIVE: Here’s a first clip from documentary I Owe You A Letter About Brazil, which will have its world premiere on Sunday [Nov 24] at the International Documentary Film Festival in Amsterdam.

The film examines three generations of a family radically affected by the Brazilian military dictatorship (1964 – 1985). In search of her father, an ex-political prisoner who refuses to talk about the past, the filmmaker untangles her grandmother’s intimate writings in an attempt to understand the story of their family against the backdrop of the authoritarian regime.

Walter Salles’ brother, João Moreira Salles, is one of the co-producers under their joint company VideoFilmes, the company behind hits such as Central Station and Linha de Passe.

Producers are Benjamin, Leal and Toledo. Co-producers are Muiraquitã, VideoFilmes and Canal Brasil.

Among Daza’s previous docs are Leal’s Divine Divas, a SXSW Audience Award winner and one of the highest-grossing documentaries in 2017 in Brazil. Daza produced The Sonia Silk Operation (2013), which premiered at the Rotterdam IFF and the company is currently producing a TV series for Globoplay, one of Brazil’s biggest VOD platforms.