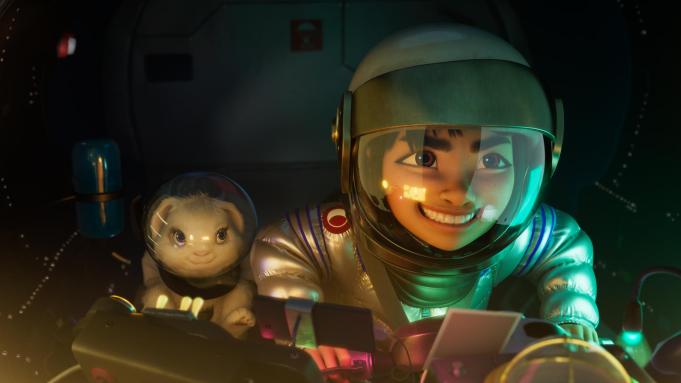 Directed by former Disney animator Glen Keane, the pic is slated to debut in the fall. It follows a determined, bright young girl with a passion for science who builds a rocket ship to the moon to prove the existence of a legendary Moon Goddess. There she ends up on an unexpected quest, and discovers a whimsical land of fantastical creatures. Check out the blast-off above.

John Kahrs co-directs while Christopher Curtis, Marjorie Duffield and Helen Park are writing the songs with a score from Oscar winner Steven Price. Producers are Gennie Rim and Peilin Chou. Audrey Wells (The Hate U Give) wrote the screenplay.

Keane, who spent 38 years at Disney, is best known for his work on classic Disney title characters from films like The Little Mermaid, Pocahontas, Aladdin, Beauty And The Beast and Tarzan. In 2012, he left Disney to launch Glen Keane Productions and in 2018 won an Oscar for Best Animated Short with Dear Basketball which he animated and directed in collaboration with Kobe Bryant and John Williams.