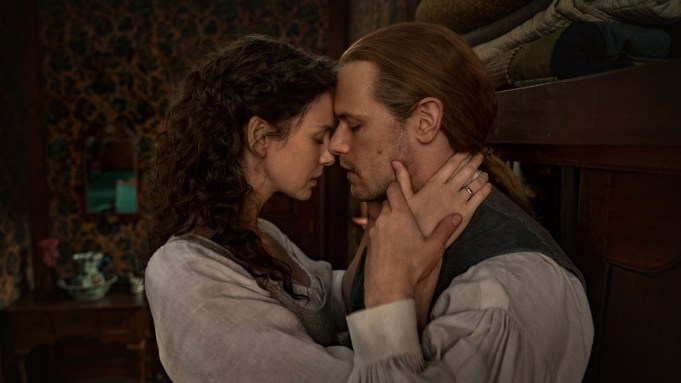 Starz has a Christmas gift for Outlander fans: A new clip from the upcoming Season 6.

The clip features the swooning Jamie and Claire Fraser. “Sometimes I think you’re an angel, Claire,” pillow-talks Sam Heughan’s Jamie, with Claire (Caitriona Balfe) offering the perfect rejoinder, “Can an angel do this?”

In the upcoming season, from Diana Gabaldon’s book A Breath of Snow and Ashes, the Frasers are striving to maintain peace and flourish within a society marching toward revolution. Against this backdrop, Claire and Jamie have built a home together at Fraser’s Ridge and now must defend it.

The show’s 2022 return was revealed exclusively by Gabaldon, author of the Outlander book series on which the historical drama is based, along with the launch last month of the ninth book in the series, Go Tell the Bees That I Am Gone.

Check out the new clip above.