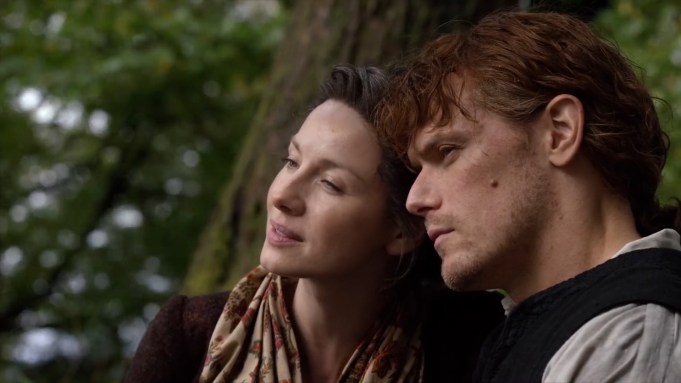 With its fourth season set to debut tomorrow, Outlander has matured but has lost neither its charm nor bite.

For longtime fans and those new to the series based on Diana Gabaldon’s bestselling novels, the result is a delicious trip. This is good, solid (and I mean that in the best way) storytelling that is ultimately built to delight. There is also some deceptively dexterous probing into cultural and political issues too, including gender, race, ideology, and class, with the distance and intimacy of time weaving throughout.

As I say in my video review above, unless you’ve literally been living in a cave on the Scottish Highlands for the past decade or so, you’ll know that Starz’s Caitriona Balfe- and Sam Heughan-led historical and time travel drama is an exercise in the power of love against all obstacles with some swords, sex and offspring thrown in for good measure.

Steered by executive producer Ronald D. Moore, this season again is a tale across the ages for Balfe’s 20th century-born Claire and Heughan’s 18th century Scot Jamie gives the people what they want and keeps things moving forward simultaneously. And that’s no small accomplishment, even for a show with such strong source material.

If you have read Drums of Autumn, Gabaldon’s 1996 book from which this season is drawn, you already know where Claire and Jamie’s accidental arrival in pre-Revolutionary War America of 1767 goes. For the uninitiated, no spoilers, but let me simply state that this year is truly about the journey and the destination, if you know what I mean.

While the opening episode that premiered during New York Comic-Con has some weak turns, once Outlander Season 4 gets going, the remarkably still smoldering chemistry between the stealthily adept Balfe and Heughan is unveiled as stronger than ever on this side of the Atlantic – as does their talents together and individually.

The strong and steady growth in that relationship as actors and characters still has a way to go, too. Much to the glee of fans of the series and good TV, Starz has already renewed Outlander for fifth and sixth seasons and Gabaldon has published four more novels with a fifth forthcoming.

So, take a look at my video review above of Outlander Season 4 for more on my take on the Starz drama. Will you be heading to the New World on Sunday night?