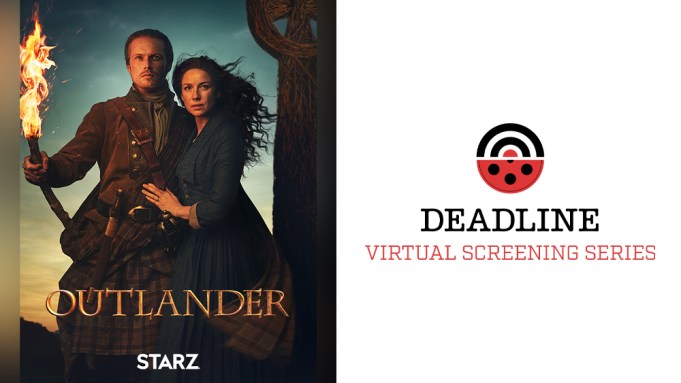 The Season 5 finale of Starz’ mega-hit show Outlander was a deeply emotional journey for its leads, Caitriona Balfe, who plays Claire Fraser, and Sam Heughan, as her husband Jamie Fraser.

Since its 2014 premiere, the show has led us through two hundred years of time travel for the star-crossed lovers, as they’ve survived everything from the Battle of Culloden, to marauding pirates. Now, in Season 5, the couple have attempted to settle in 18th century North Carolina, on the brink of the American Revolutionary War. But of course, in true Outlander fashion, things do not run smoothly, and by the finale, Claire and Jamie Fraser find themselves in a horrific situation.

The episode “Never My Love” follows Claire as she is brutally abducted and raped. Speaking via video conference during an AwardsLine screening series panel discussion on Thursday, showrunner, executive producer and writer Matthew B. Roberts talked about the decision to do extensive research into trauma and to partner with RAINN (Rape, Abuse & Incest National Network).

“We wanted to be very careful with it,” he said. We have in the past on Outlander dealt with rape and sexual assault on the show so we have a lot of consultants, over the past six years, that we’ve been going to, and we mine their expertise before we even start the process.”

Balfe, who, along with Heughan was also a producer this season, added, “I think anytime you tackle the issue of sexual violence or rape, you want to do it the most responsible way you possibly can. What we’ve always done on Outlander is try to take a point of view and highlight something that can be somewhat helpful in terms of starting a conversation… We talked a lot with RAINN about how we could approach this and also in terms of having trigger warnings before the episode.”

Heughan added, “All credit to Matt and [writer] Toni (Graphia) and to our amazing director Jamie Payne, who dealt with this with great sensitivity, and gave, I think, a really safe platform for us to explore these themes. When you have this community, this close-knit group of people working together, therefore we can open up more and we can explore these things deeper.”

For Balfe, learning to leave her work on set has been essential for her emotional wellbeing. “I think using your own psyche and mining your own emotions, if you’re not careful, you can do yourself psychological damage, so I think it’s important early on when you do this job that you learn how to separate your own life and your life at work.”

This season will be the last for production designer Jon Gary Steele, who has been on the show from its beginning. During the panel discussion, Heughan took the time to remember his favorite set created by Steele.

“The Great Hall, Season 1,” he recalled. “I remember it because it had such an impact on me—I was quite green coming into the show—just seeing the detail that he had put into it. He had taken castings from the local castle, Doune Castle I believe, and then recreated this hall, and the chandeliers were stags heads, and there were so many details… [even] the dirt on the ground.”

“I think the thing with Gary and all of his work is how much it helps us in our work,” Balfe added. “And you would go onto any set and just the attention to detail and all of those little things that make the world so alive and so available to you, that so much of your work of imagination of putting yourself in a place is already done.”