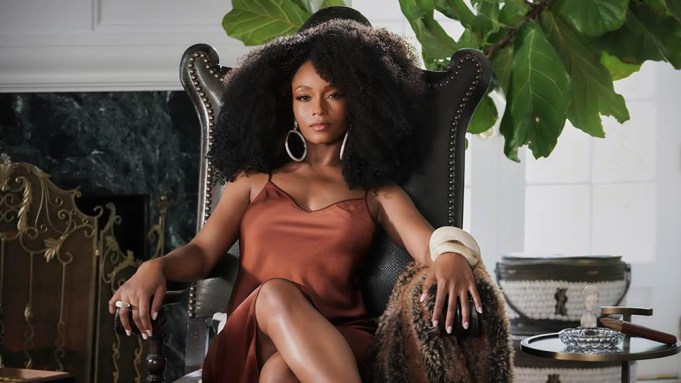 Yaya DaCosta’s Angela Vaughn isn’t playing around when it comes to what’s truly hers in the first teaser trailer for Fox’s drama Our Kind of People. The series hails from writer/executive producer Karin Gist and executive producer Lee Daniels.

Inspired by Lawrence Otis Graham’s book Our Kind of People: Inside America’s Black Upper Class, the series written by Gist takes place in the aspirational world of Oak Bluffs on Martha’s Vineyard, a historical stronghold where the rich and powerful Black elite have come to play for more than 50 years. Our Kind of People follows strong-willed single mom Angela Vaughn (DaCosta) as she sets out to reclaim her family’s name and make an impact with her revolutionary haircare line that highlights the innate, natural beauty of Black women. But she soon discovers a dark secret about her mother’s past that will turn her world upside-down and shake up this community forever.

“My mama worked for one of them, but I have a secret that will expose them all,” DaCosta’s Angela says about her family. “Little do they know I’m one of them. So whether they like it or not, I belong here.”

Our Kind of People was the first Fox drama series ordered for the 2021-22 season and the first series to come out of the network’s script-to-series model introduced last summer.

It is a co-production between 20th Television and Fox Entertainment, and is executive produced by Gist and Claire Brown via The Gist of It Productions; Daniels and Marc Velez via Lee Daniels Entertainment; Pam Williams; Ben Silverman, and Rodney Ferrell via Propagate; and Montrel McKay. Tasha Smith will direct the series premiere.

Watch the Our Kind of People teaser above.