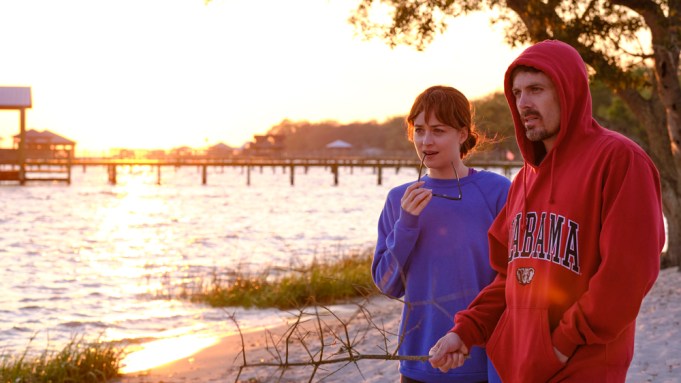 EXCLUSIVE: Gravitas Ventures is finally set to release the upcoming dramedy Our Friend directed by Gabriela Cowperthwaite and starring Jason Segel, Dakota Johnson and Casey Affleck. Along with a new trailer that provides the first look at the heartwarming and inevitable heartbreaking pic, Gravitas and Universal Home Entertainment announced that they will debut the dramedy in theaters and PVOD on January 22, 2021.

Based on a true story, screenwriter Brad Ingelsby adapted Our Friend from the article “The Friend: Love Is Not a Big Enough Word” by Matthew Teague. The film stars Affleck as the aforementioned journalist Matt Teague, his vibrant wife Nicole (Johnson) and their two young daughters. Their lives are turned upside down when Nicole is diagnosed with terminal cancer. As Matt’s responsibilities as caretaker and parent become overwhelming, the couple’s best friend Dane Faucheux (Segel) offers to come and help.

What starts off as a temporary thing, Dane ends up putting his whole life on hold when he realizes how much this change has taken a toll on the Teagues. He makes the choice to remain with his friends to the very end. The impact of this generous, albeit complicated, gesture proves greater and more profound than anyone could have imagined.

Our Friend, which initially went by the name The Friend, made its world premiere at the Toronto International Film Festival in 2019 before hitting the festival circuit and playing at numerous fests including AFI Fest. With its high-wattage cast and moving story, Gravitas is throwing this into the awards season race because everyone loves a tearjerker based on a true story.