How The Pieces Fit In CAA's Acquisition Of ICM Partners
Read the full story
January 9, 2020 11:58am
1Comments 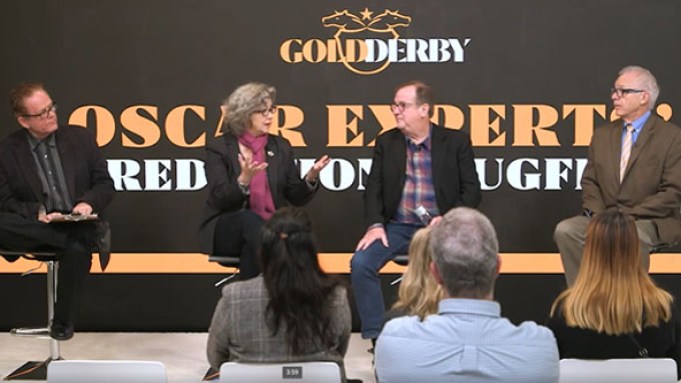 Oscar nominations come out at the crack of dawn Monday morning, so it is time again for our video slugfest forecasting just which movies are on top and which may be left out in the all-important Best Picture race, especially now that all the major guilds and BAFTA have chimed in with their nominees. These groups are the best at indicating just which films may be in the mix since their memberships overlap with the Academy of Motion Picture Arts and Sciences.

With that in mind, and the Golden Globes having been handed out two days before voting ended for Oscar noms, Tom O’Neil of Gold Derby, Anne Thompson of IndieWire, Tim Gray of Variety and Pete Hammond of Deadline take their best shot at what we may see happening Monday.

What all our experts see is a wide-open race with several movies still realistically in the hunt — and in fact more films with an eventual shot at winning the top prize than is usual at this point with exactly one month from today to the big night February 9.

Can Parasite prevail and make history as the first foreign language film to win Best Picture? Will Once Upon a Time In Hollywood be the hometown favorite? Can sentiment for Martin Scorsese and the cast of The Irishman give Netflix its first Best Pic prize? Will the surprise Golden Globe victory for 1917 propel Sam Mendes’ WWI epic into front-runner status? Or is there a Jojo or a Joker in the deck.

To watch us slug it out and give you the 411, click on the video above.