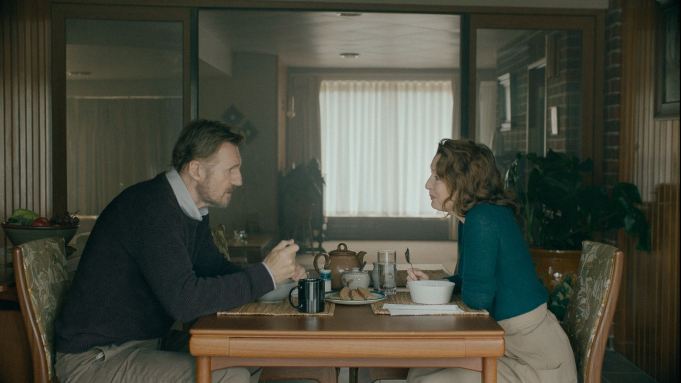 Bleecker Street acquired the film in December 2018 when it was originally title Normal People. It is now set to open in select theaters February 14 after its world premiere at the Toronto Film Festival.

Neeson and Manville, both Oscar nominees, play Tom and Joan, a married couple with a remarkable love; there is an ease to their relationship that only comes from spending a lifetime together. When Joan is diagnosed with breast cancer, the course of her treatment shines a light on their enduring devotion, as they must find the humor and grace to survive a year of adversity.

There’s a cool backstory to the intimate two-hander: U2 frontman Bono originally sent Neeson the script, and after reading it Neeson, who hadn’t shot a film in his homeland in more than a decade, though immediately of Manville. The movie eventually shot in five weeks, using crew that had cut its teeth on the Ireland sets of Game of Thrones.