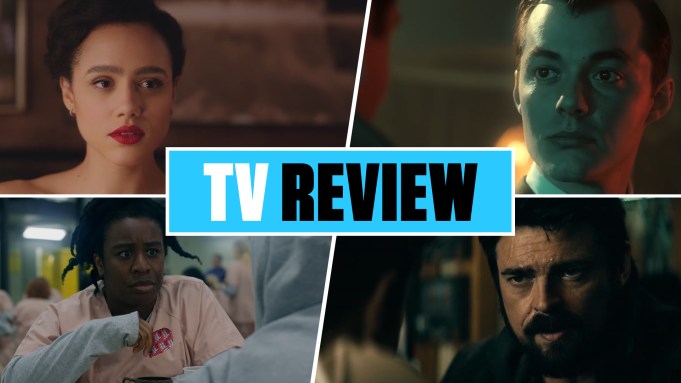 Former special counsel Robert Mueller may have had all of the cable news networks and the broadcasters covering his every word live before Congress yesterday, but there’s a lot more to testify to this week on the small screen.

Coming out of Emmy nominations last week, Comic-Con this past weekend and a very hot summer so far, the seventh and final season of Emmy winner Orange is the New Black launches on Netflix tomorrow, as does the first season of the already renewed anti-supes dark comedy The Boys on Amazon.

Jump forward a couple of days and you have a new Batman-backstory in Pennyworth on Epix on July 28. Almost right after that, and also set in London, comes the July 31 debut of Hulu’s limited series Four Wedding and a Funeral, executive produced by Mindy Kaling amd Richard Curtis.

All strong players, trust me, but only one can be the show you have to watch this week. So, take a look at the video above to see which one of the quartet grabs the gold.