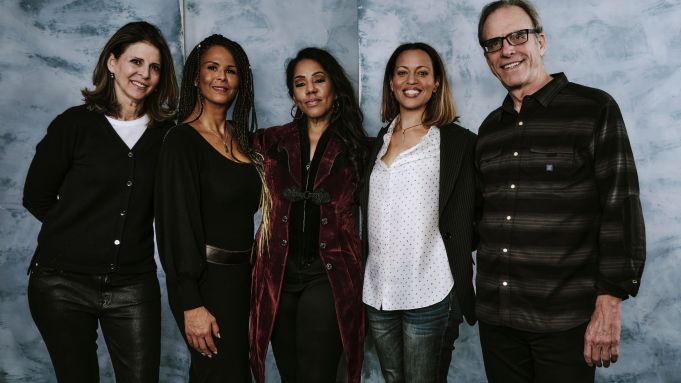 Author and activist Sil Lai Abrams, who is one of  Russell Simmons accusers featured in Amy Ziering and Kirby Dick’s Sundance documentary On the Record, isn’t shocked by Oprah Winfrey’s withdrawal as EP prior to the pic’s world premiere here in Park City, UT.

In regards to pulling back from the film, Winfrey, a sexual abuse survivor herself, told the New York Times and CBS This Morning before Sundance that she was troubled by “inconsistencies” in the account of Drew Dixon, a former Def Jam music executive featured in the film who claims she too was sexually assaulted by Simmons. Winfrey believes that there are details that “the film had not adequately addressed.”

“I was not surprised that Oprah pulled out,” said Abrams. “When I learned that and the news broke accidentally…people put the pieces together and realized that the film was about Russell and Drew and other survivors. I knew there was an army that existed of Michael Jackson fans who were still very angry at her (Oprah) for hosting the Leaving Neverland screening. And so when Russell and 50 Cent did their social media thing, there was a population already existing that was ready to jump on the train and use this film as a way into Ms. Winfrey’s involvement as a way to tear her down.”

What Abrams was referring to in the Deadline studio was the backlash Winfrey received in the wake of her OWN/HBO special Oprah Winfrey Presents: After Neverland which aired immediately after the second installment of the HBO doc last March. The special was filmed in front of 100 sexual abuse victims. Jackson fans lashed out immediately on social with #MuteOprah.

“She was hammered (online): ‘Oprah has a vendetta against black men.’ Here she participated in the Leaving Neverland documentary and a year later she was doing this film. Nobody said that Russell was innocent. Everybody said Michael (Jackson) was innocent and Oprah has a vendetta against black men. That’s quite telling about what transpired and the potential motivations here as to why we’re in the situation that we are in now, which is one of those things is kind of a blessing. Because if you want to have an ally, if you want someone in the trenches, you want someone that’s going to stand up when things get hot and to their credit Amy (Ziering) and Kirby (Dick) stood.,” explained Abrams.

In the wake of the accusations made against Simmons, which he has publicly denied, he has reportedly moved to Bali, Indonesia, a country without an extradition treaty to the United States. Dixon explains that she, nor Abrams or former hip hop artist Sherri Hines, who was also present in the Deadline studio, couldn’t pursue a legal suit against Simmons because ” we’re all outside the statute of limitations.  All of our rapes took place in New York state which has a statute of seven years up until 2007 and now it’s unlimited for first-degree forceable rape which happened in all our cases, so we’re outside the statutes.”

“I had a rape kit done at the time of the assault. I declined to press charges because I was terrified. I knew I would be eviscerated by the press, ” Abrams added, “while we’re outside the statute of limitations, I at least took that particular step and he is aware of that.”