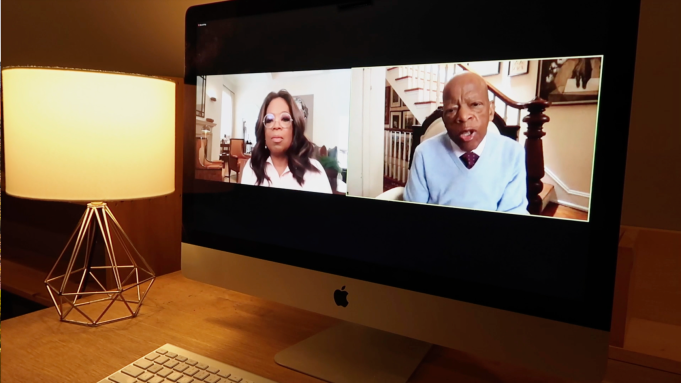 EXCLUSIVE: In an America once again facing the raw realities of racism and injustice, the voice of John Lewis seems more poignant than ever.

Those strong tones of the Representative from Georgia’s 5th congressional district will be distinctly heard by viewers of the new documentary John Lewis: Good Trouble in more ways than one, I’ve learned.

The Civil Rights icon has recorded a virtual one-on-one interview with Oprah Winfrey to play after every in-theater and virtual cinema screening of the July 3rd released Magnolia Pictures and Participant film. In the current aftermath of the killing of George Floyd, the protests all across the nation and the world against police brutality and the renewed spotlight on Black Lives Matter movement, the duo certainly cut to the chase.

As you can see in the clip above we have of that approximately 15-minute discussion, Rep. Lewis declares “at this moment when we see something that is not fair or just, we have to put on our marching shoes.”

A blend of top tier interviews, with the likes of a deeply admiring Speaker Nancy Pelosi, and rare archival footage, John Lewis: Good Trouble chronicles the brave life of the now seasoned Congressman in social activism and legislative action on civil rights, voting rights, gun control, health-care reform and immigration. The film travels from the life changing meeting a teenage Lewis had with his mentor Dr. Martin Luther King Jr. in 1957, the Freedom Rider’s near death on Bloody Sunday in 1965 to the Presidential Medal of Freedom recipient’s passionate and powerful work today as the conscience of Capitol Hill.

Take a look, and listen.