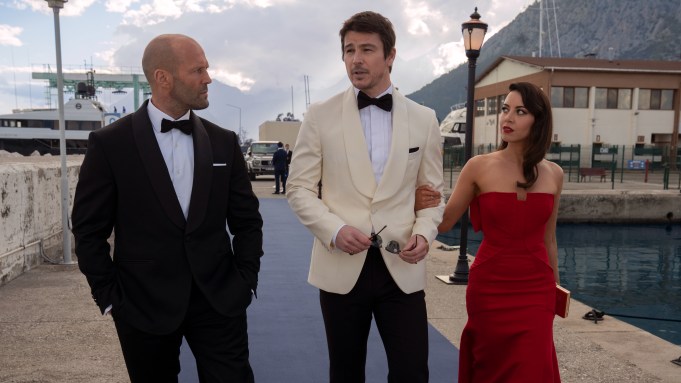 Fists swinging and the sound of bullets ringing aplenty in the first footage from Operation Fortune: Ruse De Guerre, the Guy Ritchie-directed action-comedy that STX is releasing in 2022.

The story follows super spy Orson Fortune (Jason Statham) who must track down and stop the sale of a deadly new weapons technology wielded by billionaire arms broker Greg Simmonds (Hugh Grant). Reluctantly teamed with some of the world’s best operatives (Aubrey Plaza, Cary Elwes, Bugzy Malone), Fortune and his crew recruit Hollywood’s biggest movie star Danny Francesco (Josh Hartnett) to help them on their globe-trotting undercover mission to save the world.