Continue to Deadline SKIP AD
You will be redirected back to your article in seconds
Skip to main content
August 29, 2018 1:51pm
3Comments 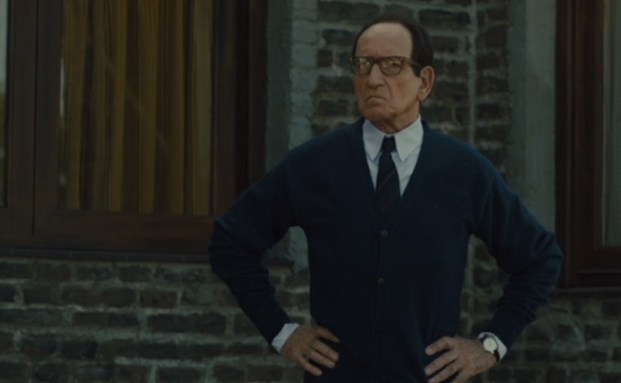 Although there have been numerous film treatments about the story of the capture of Adolf Eichmann, one of the key architects of the Holocaust and killing of 6 million European Jews by Nazi Germany during World War II, the timing with the disturbing recent rise of alt-right elements and Holocaust deniers seems absolutely right for a new take on the subject. As I say in my video review above, Operation Finale is on one hand a tense cat-and-mouse thriller but also a powerful and important reminder of one of history’s most shameful moments. It also happens to blessed with a superb cast led by Sir Ben Kingsley in top form as Eichmann and Oscar Isaac as the Israeli Mossad agent Peter Malkin who, with his team, became so instrumental in his eventual capture.

Set in 1960, the first part of the film depicts the daring mission of these Mossad agents who have been tipped off to the whereabouts of the notorious war criminal who was presumed dead after the war but instead had been living quietly with his family in an Argentinian suburb under the assumed name of Ricardo Klement. The Mossad team led by Rafi Eitan (Nick Kroll, effective in a change-of-pace dramatic role) is convinced it is important all these years later to only move on in the relatively young country of Israel after they have put this chapter in their past to rest and brought these Nazi criminals to justice in an Israeli court. First, though, they have to kidnap and subdue Eichmann, and that is the basis of a tremendously exciting sequence as director Chris Weitz and screenwriter Matthew Orton lay out the way they do it.

The agents are helped in their cause by Sylvia teenager (Haley Lu Richardson), a young half-German who is unaware of her half-Jewish heritage and is smitten by a new boyfriend she meets in the local cinema named Klaus Eichmann (Joe Alwyn), who brags openly that his father was a bigwig during the war. He lives with Klement, who is identified as Klaus’ uncle but indeed is his father. Sylvia, deeply disturbed by a local pro-Nazi meeting he took her to, soon is enlisted to help the agents in their operation.

After Adolf Eichmann’s abduction, the rest of the film deals with the emerging relationship between him and Malkin, as the Mossad agent who lost his sister and her children to the Nazi terror somehow must convince Eichmann to sign papers that say he willingly will go to stand trial in Israel before their chartered El Al plane will agree to the risky trip. The sequences between Isaac and Kingsley represent acting at its best, each staking out his territory in a high-stakes game, trying to outwit each other. One scene in which Malkin, with a sharpened razor blade, must shave Eichmann is chilling stuff.

Weitz keeps this all percolating throughout as a first-rate suspense thriller, albeit one with strong and important themes and ideas that really pack a punch. The acting across the board could not be better and also includes Melanie Laurent as an ex-girlfriend of Malkin’s who is a doctor and brought along to medically subdue Eichmann at key points in the tricky adventure to bring him to justice in Israel. Other notable moments are provided along the way by such acting vets as Peter Strauss as Sylvia’s father and Greta Scacchi as Eichmann’s wife Vera. Some of the shooting locations are the actual spots where the real events took place, and the film was entirely shot in and around Buenos Aires (even doubling for the Israel-set sequences). Operation Finale is a stirring entertainment but also strong stuff. Highly recommended. Producers are Fred Berger, Brian Kavanaugh-Jones, Jason Spire, and Isaac. MGM and Annapurna will be releasing the film starting today.

Do you plan to see Operation Finale? Let us know what you think.