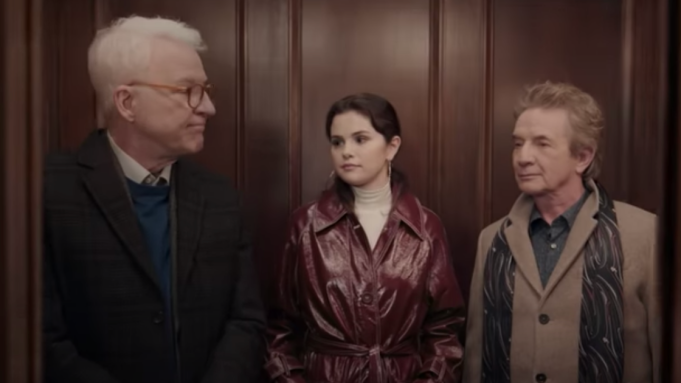 Selena Gomez, Steve Martin and Martin Short seek to unravel the mysteries of their next-door neighbors in the latest teaser for Hulu’s Only Murders in The Building.

The teaser, which the streamer dropped on Tuesday, begs the question, “How well do you know your neighbors?”

“You see many of them everyday, but have you ever wondered what goes on behind their doors?” Martin asks.

Co-created and written by Martin and John Hoffman based on an idea by Martin, Only Murders In The Building follows three strangers (Martin, Short and Gomez) who share an obsession with true crime and suddenly find themselves wrapped up in one as they investigate the mysterious death of a neighbor in their New York City apartment building.

The trio of clueless neighbors form an amateur sleuthing group to unveil the secrets of their building and find the truth behind their neighbor’s death.

Only Murders in the Building is executive produced by Martin and Hoffman along with Short, Gomez, Jamie Babbitt, This is Us creator Dan Fogelman and Jess Rosenthal. 20th Television, part of Disney TV Studios, is the studio.