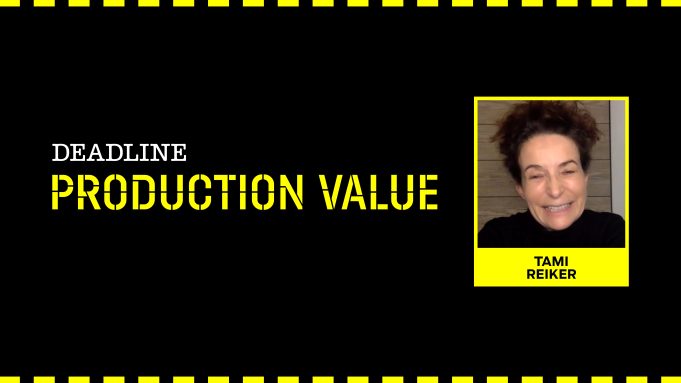 Jumping at the chance to collaborate with Oscar winner Regina King on her debut feature, One Night in Miami, cinematographer Tami Reiker then looked to bring style to its powerful and timely story.

Scripted by Kemp Powers, based on his play of the same name, the critically acclaimed drama examines a night in 1964 marked by the convergence of four icons: Cassius Clay (Eli Goree), Malcolm X (Kingsley Ben-Adir), Sam Cooke (Leslie Odom Jr.), and Jim Brown (Aldis Hodge). After Clay claims the title of Heavyweight Boxing Champion of the World, in a historic victory over Sonny Liston, the larger-than-life figures gather in a Miami hotel room to celebrate, discussing at the same time their roles in the civil rights movement, and the path to equality for all Black people.

Moved by the power of the story at hand, Reiker’s early conversations with King about the project were similar to the kind she always likes to have, prior to a shoot. “What I really love to do…is to really spend time together, watching movies, building a visual lookbook and getting to know each other,” the DP says, in this week’s installment of Deadline’s Production Value video series, “so by the time you’re on set, you have such a shorthand.”

To do justice to the story of One Night in Miami, Reiker knew that it would be important to dig deep into historical reference materials, particularly given the fact that the film recreates certain moments documented in ’60s photographs. “Cassius Clay, Muhammad Ali, is so well documented, so we had Neil Leifer and Howard Bingham. Then, for the fights in the film, the GOAT book, Greatest of All Time, is a beautiful book,” she says. “So, we referenced those photos, studying the actual fights, deciding how we were going to shoot it, and what exact moments we would use. We also watched together In the Mood for Love, for color references and framing.”

Aiming to bring evocative, saturated color to the film, the DP shot it with Prime DNA lenses and the Alexa 65, a camera she’d just recently fallen in love with, on the set of Gina Prince-Bythewood’s supernatural action pic, The Old Guard. “I thought [the Alexa] would be so beautiful for this film,” Reiker notes. “It creates such an immersive experience, the large format, and [Regina] loved that idea, because also she had used it on If Beale Street Could Talk.”

Initially, given budgetary restrictions, Reiker thought she might have to opt for a different choice of camera. But instead, she stuck to her guns, going down to ARRI Rental in LA to tell them about the project and explain why the 65 would be critical, in bringing it to life. “And they were fantastic,” she recalls. “They were like, ‘We’ll work with you, we’ll work with the producers. We want people to know that the Alexa 65 is not just for big action movies.’”

After locking down her dream camera, Reiker would then have to contend with challenges inherent to the nature of the film King was making. “The most difficult thing [for] Regina and I to grapple with was that half of the film takes place in a hotel room—to not have it feel like a play, and to be able to open up and create a language and movement. She really wanted to keep [the camera] floating from character to character, and that’s when I started talking to her about having both cameras on jib arms,” the cinematographer explains. “So, even though we were in a very small set, both cameras were on 12-foot jib arms… that the operator could float with.”

Working in a hotel room interior set with eight-and-a-half foot ceilings, Reiker would line the perimeter with Astera light tubes, which could be turned on or off, depending on the needs of the scene. To deal with shadows in the corners of the room, and keep the actors well lit at all times, the DP turned to yet another tool from her time on The Old Guard. “When I was in London, the gaffer had LED cards in a metal scoop light with magic cloth on it, so it could be tungsten or daylight. It was dimmable, and it was small enough that an electrician could just get in there and hold it, and move with camera, or we could just clip it up really fast,” she says. “That really became our go-to eye light…[and with] the Alexa 65, the latitude that you had in the color timing was incredible.”

Another primary challenge of One Night in Miami is that 10-page dialogue scenes abounded. “Figuring out how to break that down into something manageable, we ended up shooting 10- and 12-minute takes. Because the actors ramp up, and that dialogue is so intense, and their performances, we wanted them to have freedom,” Reiker says. “[So] we did very long takes, and the cameras would shift. We’re all on headsets and could talk [throughout].”

The first woman to be nominated for, and win an ASC Award—for HBO drama Carnivàle—Reiker’s interest in photography emerged at a young age. “I think I was like 12 when I got my first 35mm camera,” she recalls. “I spent all my free time in the darkroom, and then applied to NYU.”

Influenced early on by the stills of Saul Leiter, Sally Mann, Garry Winogrand and Diane Arbus, she jumpstarted her career by working on student films in New York, subsequently deciding to buy her own 16mm SLR. “It was right at that time where every band had a music video, so having a camera, I shot so many music videos and built up my reel,” she recalls. “I had this hookup in Jamaica, and I would fly down with my camera and shoot all these reggae videos.”

Bonding early on in her career with the late Harris Savides—the influential DP behind films like Gus Van Sant’s Elephant and David Fincher’s Zodiac—she found her big break in Lisa Cholodenko’s 1998 drama, High Art. “It was nominated for an Independent Spirit Award for cinematography, and just [got] a lot of recognition,” she says. “And people still, on set, will come up and be like, ‘I love that movie. That’s the reason I got into movies.’”

Now more than 30 years into her career, Reiker remains inspired by all of the same things that led her to become a cinematographer in the first place. “I love my job because I love telling stories, visually,” she says. “I love creating images, and light, and production design and costumes, beautiful things. I also love traveling and adventure.”

To take a look at our conversation with the Oscar contender, click on the video above.