Continue to Deadline SKIP AD
You will be redirected back to your article in seconds
Skip to main content
June 20, 2018 8:35am 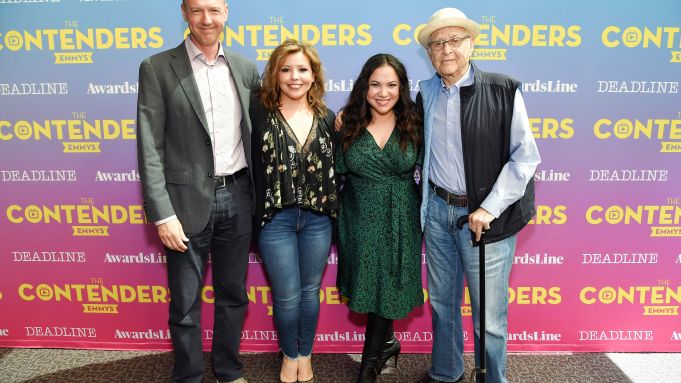 “I’d like to say it’s the show I envisioned — it is the deliciousness I hoped for, it is the humanity I hoped for,” Norman Lear said about Netflix’s One Day at a Time, a reimagining of Lear’s iconic 1975-1984 comedy series that just wrapped a successful second season and is now renewed for a third.

Co-created and co-showrun by Gloria Calderon Kellett and Mike Royce, the series that expertly peels back the layers of a Cuban-American family dug right into the issues dominating the world’s news cycle during Season 2, even though Royce said during the show’s panel at Deadline’s The Contenders Emmys event that wasn’t necessarily the plan.

“We never set out to do an issue show, but you know, we are all living though a time where issues are deeply embedded into our lives,” said Royce, who appeared on the panel at the packed DGA Theater with Lear, Calderon Kellett and star Justina Machado. “We got in there for Season 2 and people were eager to not like, ‘Oh my god, I saw this headline we gotta do this,’ but…people are living some dramatic lives.”

Calderon Kellett recounted one such example from her real life, when she heard from her brother in San Diego where the family grew up that, on a local beach one day, someone told him to “go back to Mexico.”

“We could just feel a seismic shift, so to be able to reflect that and then hear other people’s stories of what is happening out there, and how it would naturally and organically affect [the series’] particular family — that’s where the conversation starts,” she said.