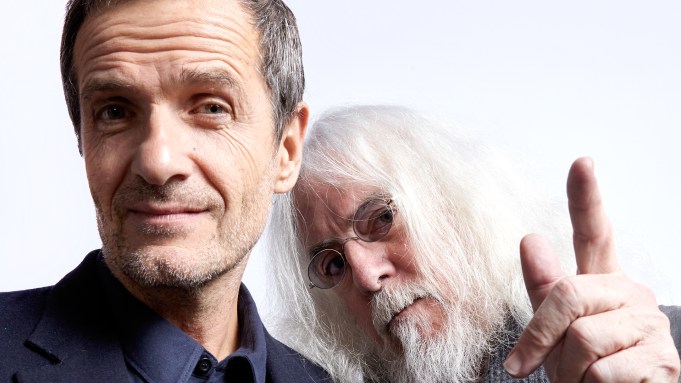 Even for super-producer David Heyman, known for the Harry Potter franchise, Gravity and Paddington, getting a call about a Quentin Tarantino movie was special.

“When I got the call to come out to meet Quentin, I leapt at the chance,” Heyman said at Deadline’s The Contenders London event earlier this month. “The dream of a producer is to work with the very best. I flew to America and I read the script in one of Quentin’s spare rooms. It’s a little nerve-wracking to know you need to speak to the writer-director as soon as you’re done. A couple of hours passed — it’s a lengthy script [fellow panelist Robert Richardson revealed the first draft he read was 170 pages, without the third act] — and Quentin came in and said, ‘What do you think…?’ I shouted, ‘Get out!’, because I was so immersed in the narrative and the emotion.”

Heyman continued about the buzzed-about Sony drama, “For me, this is Quentin’s most emotional film. Rick Dalton [played by Leonardo DiCaprio] is struggling with his obsolescence, with no longer being relevant. There’s a whole melancholy around that. It’s also about an incredible friendship [between Dalton and stunt double Cliff Booth, played by Brad Pitt]. And it’s also a very personal film for Quentin.”

Three-time Oscar-winning cinematographer Richardson, also well-known for his work with Oliver Stone and Martin Scorsese, said of his sixth collaboration with Tarantino: “Quentin is like Martin [Scorsese] and Oliver Stone. I don’t believe you can make a film that’s great unless you have a director who is burning at the highest level possible. It cannot be a ‘go to’ job. Quentin does not ‘go to’; he burns. And it’s a pleasure to be within that fire.”