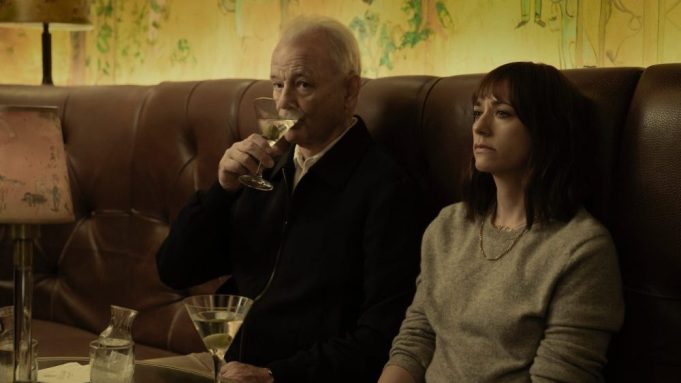 In Apple and A24’s first trailer for Sofia Coppola’s On The Rocks, we get to see Bill Murray and Rashida Jones go on a very interesting adventure through New York while bonding as father and daughter under very interesting circumstances.

As seen in the trailer, Jones plays Laura, a model mother and wife who thinks she is happily married to her husband Dean (Marlon Wayans). Everything seems to be going swimmingly, but when Dean starts working long hours and traveling for his job, doubts start to creep into her mind. She thinks that there may be another woman. Enter her charming, larger-than-life playboy father Felix (Murray). When she turns to him for his sage advice, he insists that they investigate Dean by following him around New York. When the two start tailing him, they discover at the heart of their journey lies their own relationship.

On The Rocks is set to be released in theaters and on Apple TV+ in October and marks the first film partnership between Apple Original Films and A24. The film also stars Jessica Henwick and Jenny Slate. Coppola produces alongside Youree Henley. Fred Roos, Mitch Glazer and Roman Coppola serve as executive producers.