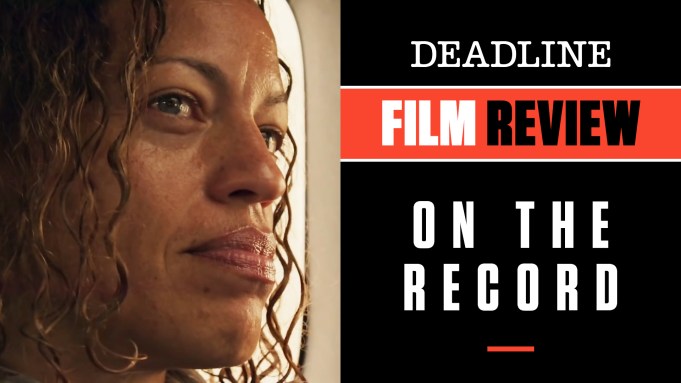 In the #MeToo era, the mantra is “believe the woman.” On the basis of what is presented in the compelling and fascinating documentary On the Record about sexual assault in the music industry, a viewer would be hard-pressed not to believe these women.

Veteran documentarians Kirby Dick and Amy Ziering use the allegations against Def Jam Records mogul Russell Simmons to paint a bleak picture of the music industry in terms of its compliance in looking the other way when credible charges of sexual assault in the workplace arise. The focus here is a very believable subject, former Def Jam and Arista A&R executive Drew Dixon, whose account of being raped and assaulted by Simmons rocked the industry. She is the central witness in the case Dick and Ziering build in the film, though Simmons still denies engaging in anything other than consensual relations, even though — as the film points out — 20 women have said otherwise in interviews describing remarkably similar experiences.

Dick and Ziering are not newcomers to this topic, having explored it in different ways in such films as The Invisible War, which dealt with rape in the military, and The Hunting Ground, which covered the topic on college campuses. Now it is the music industry’s turn to go under their lens — an industry quite frankly comfortable in selling product referring to women as “bitches,” ‘ho’s’ and much more graphic terms. However, it’s the behavior behind the scenes that is the focus of On the Record, and I found the stories of the victims presented here to be compelling and quite moving. It goes well beyond just the Simmons case to explore the general treatment toward black women in the business and also uses historical context such as the case of Anita Hill and Clarence Thomas in 1991.

Dixon, a bright graduate of Stanford, always had a desire to be in the business and a real knack for nurturing new talent and making hit records with the likes of Mary J. Blige, Method Man, Lauryn Hill and others. She was a rising star but got blindsided when she made public that Simmons sexually assaulted her. Her story was told in graphic detail but similar to others like Sil Lai Abrams, who is among those also interviewed in the film. Dixon tells how she got out of Def Jam and happily landed at Arista with Clive Davis, but when he left the company in 2000, she became a victim again when she reported that new boss L.A. Reid also tried to put her in a compromising position.

After much internal debate, Dixon came forward with her story — a courageous act made possible by the energing #Me Too movement — and this film puts it all in perspective including the damage to her life and career for telling all, especially against powerful show business figures who just keep denying anything improper ever happened while seeming to get away with it. If you ask me, the camera doesn’t lie, and all of the women interviewed here are immensely believable. That is the power of film, and this one puts it all on the table in a very welcome and uniquely human way.

A scene near the end where Dixon is asked to give advice and mentor a budding musical talent is quite touching and just demonstrates the loss to an industry of such smart and talented survivors who at least now have the ability to tell their story — and to be heard.

Russell Simmons Accuser On Oprah’s Withdrawal From ‘On The Record’: “It Had Nothing To Do With Our Veracity” – Sundance Studio

On the Record became instantly controversial just before its Sundance debut in January (where it won unanimous critical acclaim), when executive producer Oprah Winfrey backed out, reportedly due to problems she had with the movie. The planned distribution deal with Apple dissolved, and now HBO Max has it premiering today as part of the new streamer’s debut slate of original programming. Despite the problems filmmakers encountered, what exists in this release cut is to my eyes beyond value and a film that is a must-see as well as a must-believe. Maybe it can help make a difference.

Check out my video review with scenes from the movie at the link above.

Do you plan to see On the Record? Let us know what you think.