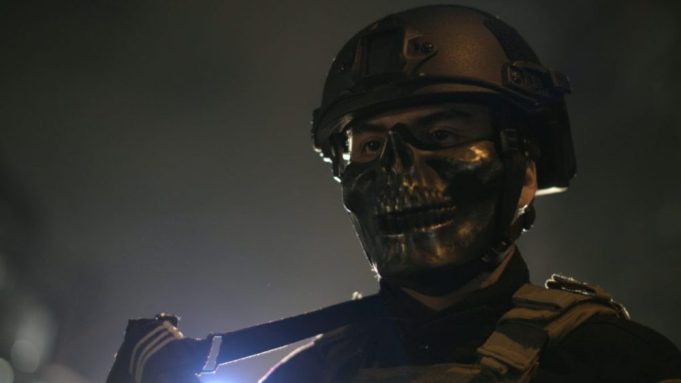 In the documentary, On the President’s Orders, audiences are given an up-close and personal into the ruthless horror of the “drug war” in the Philippines. Under President Rodrigo Duterte’s campaign against drug dealers and suspected users, the documentary directed by James Jones and Olivier Sarbil follows the police officers in Metro Manila — specifically Caloocan City — who have killed those involved in drugs, the ramifications and how it affects the nation.

During a screening of On the President’s Orders at Deadline’s ‘For the Love of Docs’ series sponsored by Hulu, Jones and Sarbil spoke about their experience as they dove deep into this war. With their cameras, they shed a thoughtful light while in the midst of danger to tell the story of the police squads who casually carried out the executions as well as the victims of the slum communities. As a Brit and a French man, the two aren’t exactly the first people that come to mind when directing a documentary about the Philippines. Most people would think a Filipino director would be best suited for the job, but Jones points out that although it is true, being non-Filipinos worked to their advantage.

“It’s something we have thought about and it’s something that I can’t give a glib answer to,” said Jones in regards to why a Filipino director wasn’t attached. “We were drawn to the subject and we thought it was important. We tapped into a network of our Filipino friends and journalists on the ground to see if there was a film we could make that they couldn’t make.”

He points out:” The police would understand where Filipino journalists were coming from — they would understand their agenda.” Jones said that they were like “aliens from outer space” to the police officers and subjects featured in the documentary. “They were like ‘Cool! A French dude and a British dude want to make a movie about us!”

“The level of suspicion was lower,” he continues. “The door was wider.”

They managed to get access to Caloocan police chief Senior Superintendent Jemar Modequillo, who is quite an unapologetically cruel character in the doc — someone a Filipino journalist or filmmaker probably wouldn’t get access to.

Recently, Deadline exclusively reported that On The President’s Orders was submitted as evidence by the International Criminal Court (ICC) as part of its ongoing investigation into the government-sanctioned killings in the Philippines. Jones said that the film has been condemned as propaganda and that “they respond heavily to any kind of criticism”

“It’s really difficult for a local Filipino journalist who lives there to be attached to something like that,” continues Jones. “The consequences can be quite severe. We have a privilege where we can step away. We can promote the film and work with activists inside the country knowing that they can’t look us up.”

On the President’s Orders opened in New York on October 4 and debuted on PBS Frontline. It will also open October 18 in Los Angeles.