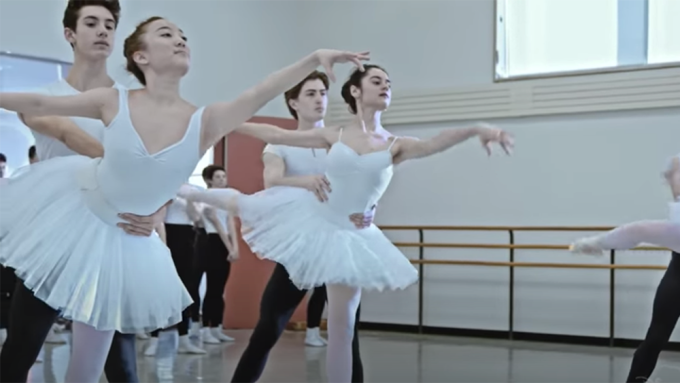 Disney+ has released the trailer for its newest ballet series, On Pointe, a streaming title that will have dance enthusiasts and fans on their toes.

Spotlighting the prolific New York City School of American Ballet, On Pointe shines a light into the competitive and near cutthroat world of pre-professional ballet. The School of American Ballet (SAB), which has often served as a talent pipeline to the New York City Ballet, has given rise to some of the art form’s brightest stars and helps prepare dancers for the professional ballet scene.

While the Disney+ series is set to take a more in-depth look at George Balanchine’s school beyond the tutus and twirls, On Pointe will also center on the school’s rendition of a ballet staple – The Nutcracker.

The series takes a look at how the beloved holiday spectacle comes together, from the competitive casting to the long hours of rehearsals.

“The dancing, the music, the costumes, the sets. I can’t live without it,” an SAB ballerina says while a techno remix of Tchaikovsky’s iconic Swan Lake number reaches a crescendo in the background.

On Pointe premieres to Disney+ in the peak of Nutcracker season, hitting the streamer on Friday Dec. 18.